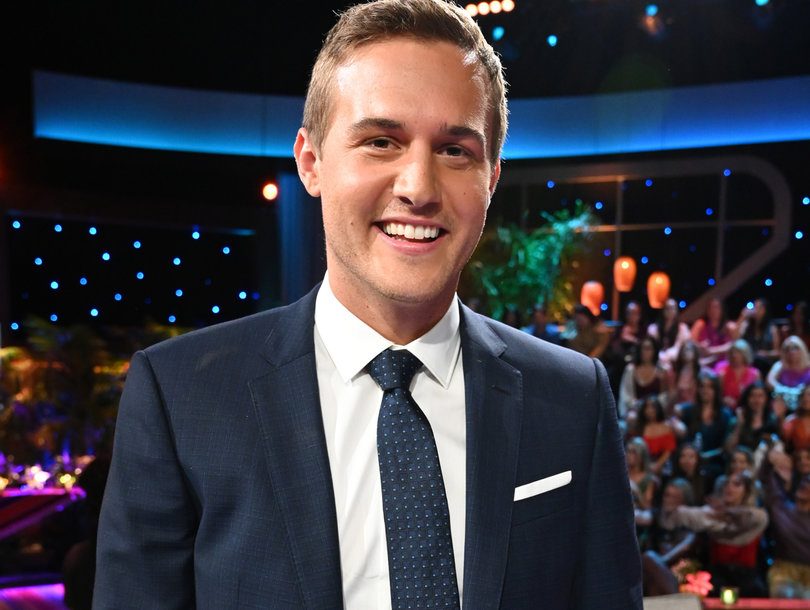 Chris Harrison is weighing in on the wild fan theory that Peter Weber ends up with “Bachelor” producer, Julie LaPlaca.

While speaking with Access Tuesday, the “Bachelor” host spoke about Weber and LaPlaca’s rumored romance, admitting they have an “intimate relationship.”

When asked about a recent photo (below) he shared of himself with Weber and LaPlaca together, Harrison clarified, “Actually, I didn’t mean to do anything other than [show] the fact that we spend a lot of time together, we travel the world together.”

“Julie, an amazing, talented, smart producer that works for us — works on the show, so she’s with Peter,” he continued. “And she’s with all of us.”

“It’s an intimate relationship,” he added. “You spend that much time together we all get close. Sometimes, those lines get blurred.”

Though Harrison didn’t confirm anything or elaborate any further, he explained, “The only rules are, Peter needs to have the best opportunities to find love — or whoever the Bachelor/Bachelorette is. If something were to mess that up, then we would step in.”

However, Harrison also spoke to Entertainment Tonight on Tuesday and joked that the Bachelor ending up with a producer is a “horrifying” idea.

“Clearly that’s not what we’re there to do,” he said. “That’s not the story we’re trying to create. I think it’s a wild story. But maybe it’s just crazy enough to be true!”

“Far be it for me to ruin anything toward the end of the season,” he added. “But…seems much ado about nothing to me. Unless I just don’t know, which is possible.”

ABC exec, Rob Mills, weighed in on the theory earlier this month, calling it “crazy.”

“Well, I hate to get in the way of a good rumor, so I’m not going to confirm or deny about whether he ends up with a producer!” he told ET. “I don’t know how we’d ever top that though! But, it is crazy.”

“What we’ve seen about the finale over the years is that the ‘finale’ is really on that night when the show goes live,” he continued. “There’s a lot of craziness, it’s a roller coaster, but I would say even now the roller coaster hasn’t ended, and it won’t end until after ‘After the Final Rose.'”

It looks like we’ll just have to wait and see if Harrison and Mills are just trying to throw off fans when “The Bachelor’s” “Women Tell All” episode airs next week.