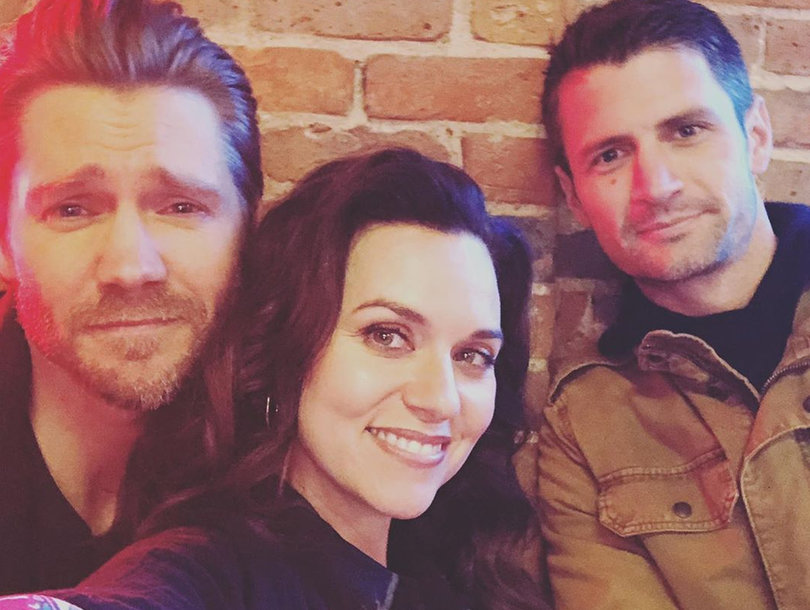 BTS is a seven-man group and no single member is more important than any other — unless we’re referring to RM’s essential translating skills — but in James Corden’s latest Carpool Karaoke, we think it’s safe to say that Jin stole the show all the way from the back-back seat.

For the segment, James had to upgrade to an SUV to accommodate all eight of them for his harrowing ride to work through the streets of Los Angeles. Clearly familiar with the segment, RM even stole his line, “The traffic in Los Angeles is terrible.”

But easily the best thing about this entire segment, aside from the boys showing James and his dance/exercise class how it’s done with some signature BTS moves, was Jin’s commentary from the back in Korean.

The beauty of it is that with so many people in the car, there was plenty of room for side conversations, and with James not fluent in Korean, many of those went by unnoticed by him or even RM in the front seat. We can only imagine the joy in the editing room when they caught Jin and Suga commenting on RM’s story about how he learned English.

“I’ve taught myself by ‘Friends,'” he said, referring to the classic show, saying that his mother bought him the DVDs and he would take the time to watch with and without the Korean subtitles to teach himself the language.

James was doing his best to bring the jokes, saying, “You were like, ‘Could my English be any better?’”

But it was Jin cracking us up from the backseat telling Suga, “Well I’ve watched ‘Friends,’ too, but I can’t speak English.” A few moments later, when James was cracking his jokes, Jin chimed in in Korean, “I don’t know what he said, but let’s laugh.”

That’s just common decency to make James feel good. After all, it would be challenging for him to be cracking jokes in English when so many of the guys aren’t fluent yet — though they have been improving by leaps and bounds since crossing over to mainstream success in the US.

Jin was at it again when James asked about group nicknames, quickly shouting, “Yeah, I’m WWH Worldwide Handsome, you know?”

When James quipped that used to be his nickname, too, Jin shot back — in English! — “You’re a joker guy,” which cracked everyone up.

James and Jimin bonded over the latter’s “Mochi” nickname, with V deciding that James is “Papa Mochi,” making Jimin “Baby Mochi.” Later, when James joked that he wanted to join the band, Jimin said, “I want to see Papa Mochi dance.”

And so that’s exactly what they did, when James invited the entire septet to his exercise dance class so they could see how hard he works, and the guys did agree that it was hard. But that was nothing to when Jimin took over the class to teach some of BTS’s moves.

Check out the video to watch all of the guys really give it their all in singing their way through some of their biggest hits, with Jungkook belting high notes effortlessly while seated and everyone committing fully like they’re on the stage … sitting down … strapped to their seats.

Okay, maybe not at all like they are on stage, but impressive nevertheless.