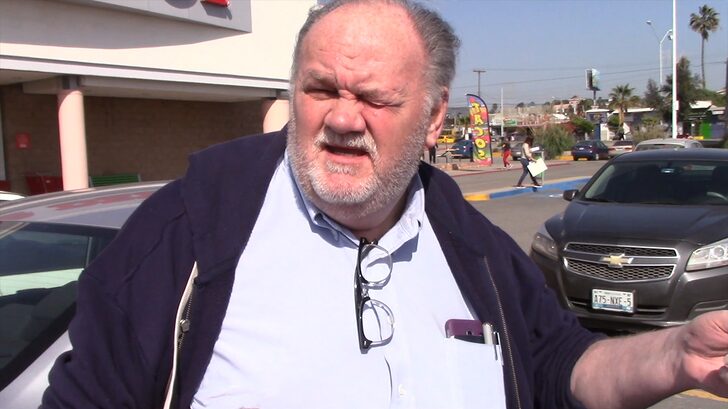 Meghan Markle‘s dad is pissed at the way she’s treating Queen Elizabeth, and the entire Royal Family, but he isn’t surprised — in fact, he claims it’s just her MO.

Thomas Markle was out Monday at an Office Depot in Rosarito, Mexico, when he was asked if his daughter has the right to use the term “royal” as part of her brand. He unloaded on Meghan and Prince Harry, for that matter, flat-out saying they “don’t have a right to speak to the Queen the way they’ve spoken to her.”

He was clearly referring to Harry and Meg’s claim the Queen has no ownership of the word “royal” … after she blocked them from using it in their Sussex Royal brand.

Pops Markle didn’t stop there … he went on to say Meghan’s disrespecting the British people as a whole, and then got very personal. You gotta see it, because it’s clear there’s a ton of bad blood over how he feels Meghan’s treated him, her mother and, yes … the Windsors.

As we reported, Thomas said he will NOT stop making money off his, albeit strained, relationship with Meghan and his connection to the Royal Family. It’s pretty clear he’s on the Queen’s side post-Megxit but this is about as raw Thomas has ever been.

So much for that whole blood thicker than water stuff. Not so much in Markle clan.