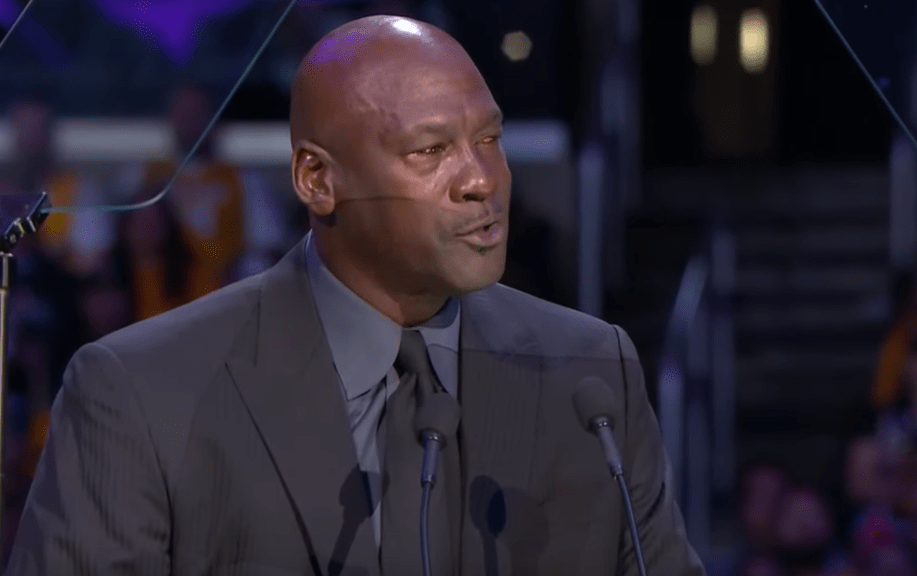 NBA legend delivered a touching tribute to late NBA champion Kobe Bryant during Monday’s memorial, which left him and many others in floods of tears.

“Maybe it surprised people that Kobe and I were very close friends. But we were very close friends. Kobe was my dear friend, he was like a little brother,” Jordan said during part of his speech. “Everyone always wanted to talk about the comparisons between he and I. I just wanted to talk about Kobe. You know, all of us have brothers, sisters, little brothers, little sisters who, for whatever reason, always tend to get in your stuff, your closet, your shoes, everything. It was a nuisance, if I can say that word.”

Jordan, whose crying meme is one of the most used on the internet, even joked about the tears pouring from his eyes:

“Now he’s got me. I’ll have to look at another crying meme for the next … I told my wife I wasn’t going to do this because I didn’t want to see that for the next three or four years,” he said as he wept.

Jordan was full of love and praise for his late friend, and made sure to lend his support to Vanessa Bryant and her children more than once in his speech.

“To Vanessa, Natalia, Bianca, Capri, my wife and I will keep you close in our hearts and our prayers. We’ll always be with you, always. I also want to offer our condolences and support to all the families affected by this enormous tragedy.”

Our prayers are with Vanessa and her family.