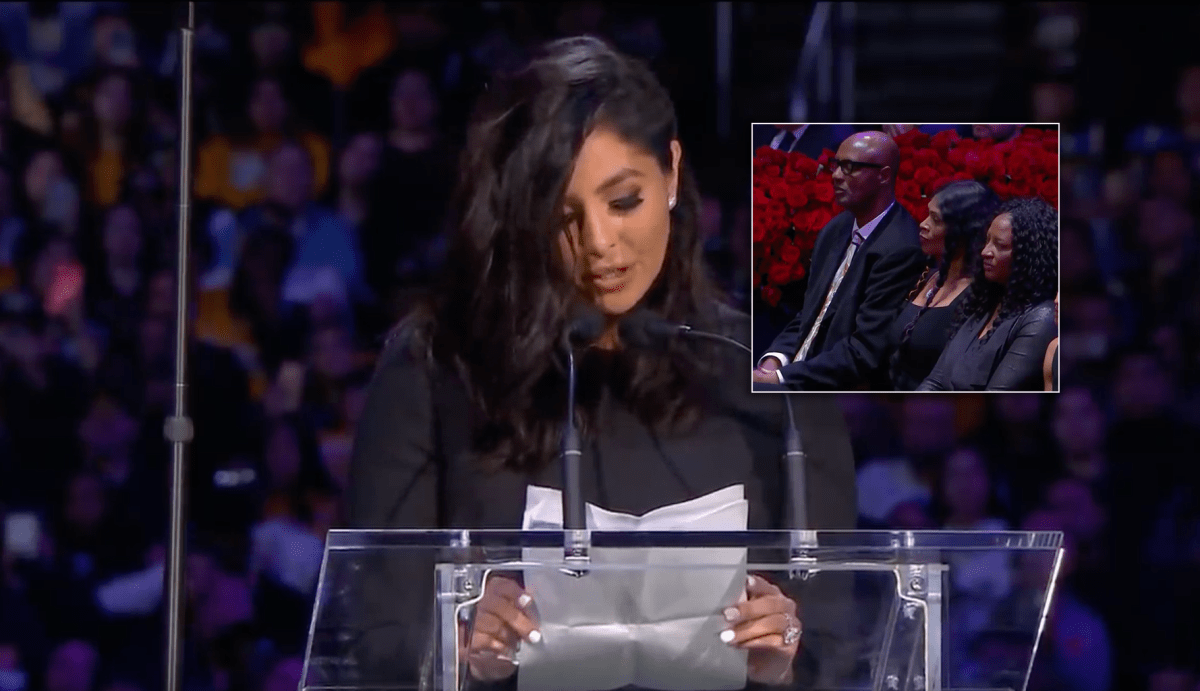 Yesterday was the Kobe Bryant Memorial Service, at the Staples Center in Los Angeles. It was a moving event, where Kobe’s wife and close friends got a chance to speak about the fallen NBA legend and his daughter Gigi.

But two people were noticeably missing from the stage. Kobe’s parents.

Many fans on Twitter believe that Vanessa should have made a concerted effort to mend things and show her husband’s parents some respect.

And it wasn’t just Kobe’s parent’s who didn;t speak at the memorial service. Neither did Kobe’s sister.

The fans on Twitter believe that it would have been nice for an immediate family member to be on stage – since they lost their son/brother/cousin too.

In all, the memorial was great, but there was a giant elephant in the room.