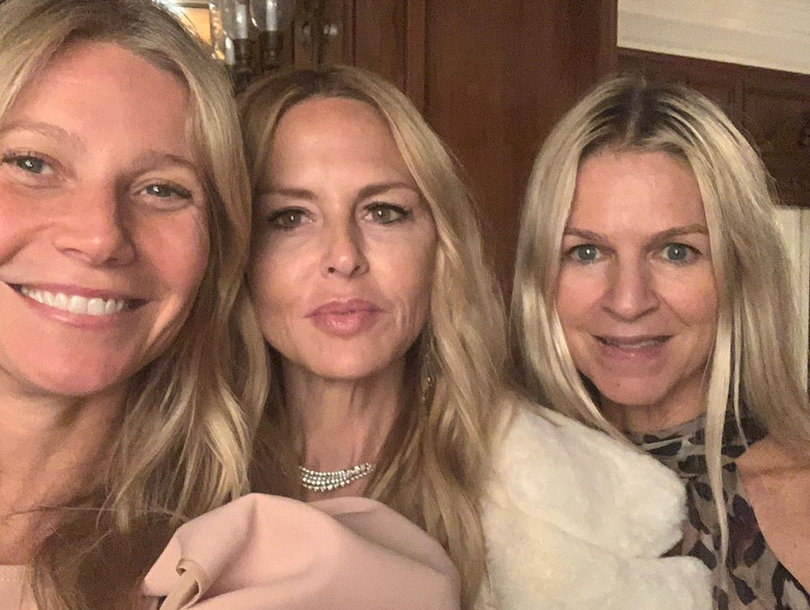 Considering some of the products and treatments Gwyneth Paltrow highlights on her Goop website and “The Goop Lab” series on Netflix, you’d think it would sometimes be awkward to have her as a mom.

Not so, according to her own teenage son, Moses.

Appearing on “Jimmy Kimmel Live” on Monday night, Paltrow was asked what her children with ex Chris Martin — daughter Apple, 15, and Moses, 13 — think about some of the stuff she sells as part of her lifestyle brand.

“I think it must be pretty surreal for them to be the kids — both their parents are in the public eye — and it’s interesting to watch them evolve along with our careers as they go,” she explained. “My son said to me the other day, ‘At first I thought it was really embarrassing there were vibrators on your website and now I think it’s a great thing. You’re a feminist mom, you’re a badass.’ I was like, ‘Thank you!'”

“It started as a funny joke,” she said of the candle, which sold out when it first dropped. Crediting Douglas Little of HERETIC perfumes, she said the two of them were smelling fragrances when she joked one of them had a familiar scent. “I was like, wouldn’t that be cool if someone actually had the guts to do that. What a punk rock feminist statement to have that on your table and then he made it,” she explained. “I thought he just made me one as a joke but then the next thing we knew, it was on my website.”

Kimmel wondered if they did “any testing” to get the smell right, before taking a whiff himself. “It smells nice, it smells kind of like, it smells a little bit masculine really,” he said, “but it doesn’t really, you know what I’m saying?”

“A lot of women have grown up with a certain degree of shame and embarrassment around this part,” she added.

“It’s not really supposed to smell like a vagina,” said Paltrow, promoting the host to claim “false advertising.”

Check out the video above to see what else the actress and wellness advocate said about sending some of her staffers to Jamaica to do mushrooms and how she really felt about that vampire facial she did on her show.