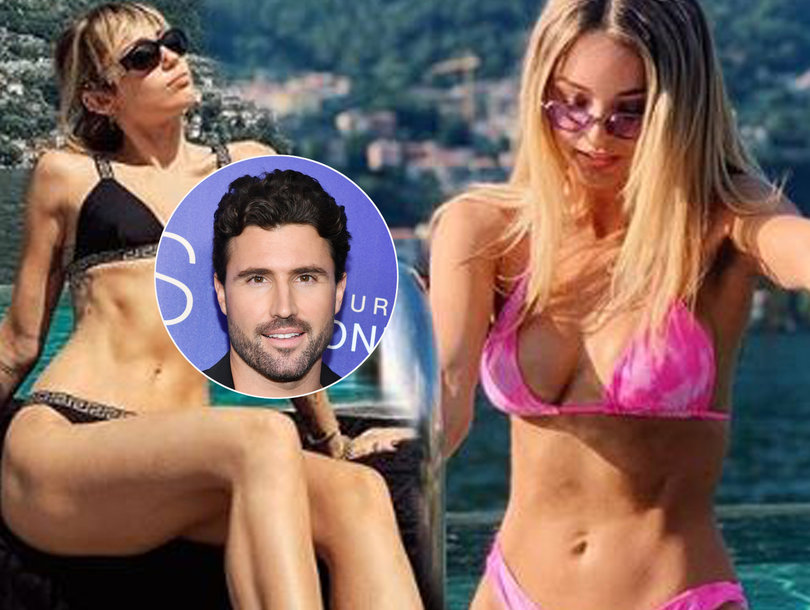 It looks like there is no bad blood between exes Kaitlynn Carter and Brody Jenner.

Taking to her Instagram Stories Monday, Kaitlynn, 31, posted a video of her and her ex, 36, sharing a flight home together after attending a mutual friend’s wedding in Bali — the place where the former couple had a wedding ceremony two years prior.

In the clip, “The Hills: New Beginnings” stars — who married on Sumba Island off the Indonesian coast back in 2018 — can both be seen wearing face masks as they sit next to one another on the plane. While Kaitlynn wore a white disposable mask, Brody had a black mask with a respirator attached.

“Well, one of us is going to survive the Coronavirus and it’s probably not me in my flimsy mask,” Kaitlynn said as she panned over Brody.

“Will we make it to LA alive,” the reality star wrote alongside the clip, also adding a poll that asked “death by…” and had the choices “coronavirus” and “Brody.”

The exes both documented their time in Bali, including a post from Kaitlynn where she expressed that vacationing at the Indonesian island was the “first time” she “felt FULLY like herself.”

“thank you @theudaya for this stunning gift 🙏🏼🙏🏼 only a few more precious hours left here in Bali,” she captioned the photo, above. “to be honest, the moment I landed here was the first time I’ve felt FULLY like myself in a very long time, sort of felt like I came back to life (and this surprised me because I’d thought I’d been feeling pretty good)!”

“I got sad this morning thinking about leaving,” she continued. “LA has become a pretty heavy place for me lately (not really where I prefer to be anymore, but where I have to be for work 🤷🏼‍♀️), so I’m trying to capture the spirit and energy I feel here and bring some of that home with me! 🌸🐒🌿☀️ thank you Bali, and everyone who’s been a part of this trip! I’ll remember it always!! ☺️”

Brody and Kaitlynn announced they had separated back in August just a little over a year after their wedding. It was later revealed the couple was never legally married.

While Brody was romantically linked to Josie Canseco only a few weeks later, Kaitlynn then famously began dating Miley Cyrus. The former couple split in October. Brody and Josie also went on to call it quits that same month.