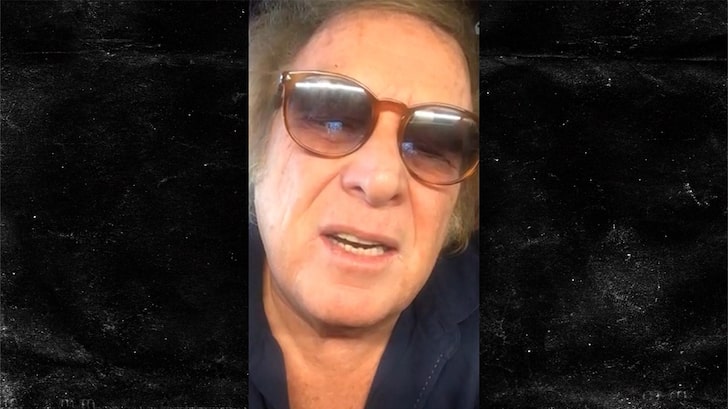 After Fury got the TKO against Wilder in the 7th round, he took the mic during the post-fight interview and said, “I said I’d sing a song tonight didn’t I?!” .. and delivered his version of McLean’s 1971 classic “American Pie!”

“He did very well,” McLean tells us, “I would say he’s the #1 bar room singer. Excellent job!”

McLean says he was even more ecstatic when the WHOLE CROWD joined the new heavyweight champ ..and they also KILLED IT — word for word!

“The thing that knocked me out was that everybody, all the old folks, young folks, everybody knew all the words. Kind of a thrill for me to see that!”

And, he hopes Fury does it again ’cause he’s down to get in the ring and sing with him..”That would be fun!”

“I’m looking forward to hear him do it again and winning again!”

McLean is actually on tour right now, so we asked since Fury got some time now, if he can join him … and ya gotta hear what he says!