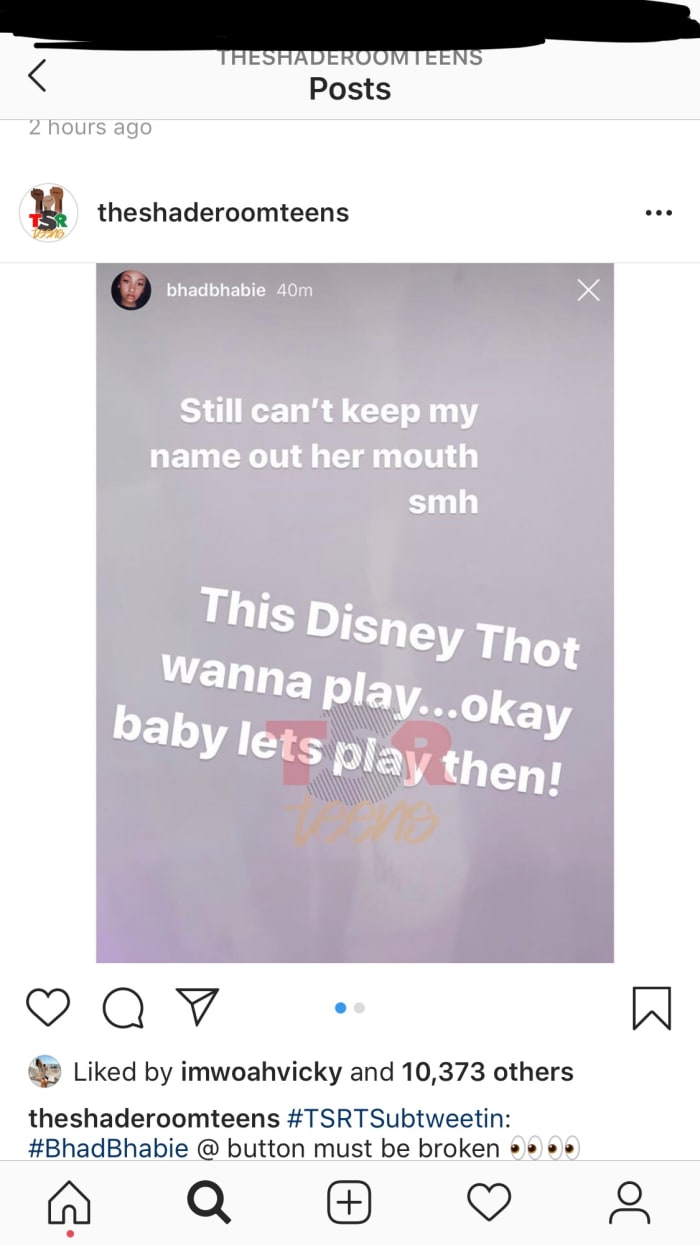 The two teen girls have been going back and forth with each other on IG. And yesterday the teenage girls’ mothers got involved – and then it really got interesting.

It all started when Skai made a derogatory comment about Bhad Bhabie on IG. The 16 year old rapper then went ballistic – and threatened to fight Skai.

In one of the videos, Bhad Bhabie threatened to “kill” Skai. And that’s when the Disney actress’ mother Kiya Cole got involved.

Kiya told Bhad Bhabie off – and threatened to go to the 16 year old rapper’s mother about her behavior. But that just made things worse.

Bhad Babie’s mother, Barbara Ann, then got in on the action – and went after Skai’s mother Kiya. Instead of cooling things down or taking the “mature” approach, Barbara Ann appeared to continued the ratchet “fight” conversation that was started by her daughter and challenged Skai’s mother to a fight.

Here’s the back and forth with the moms: