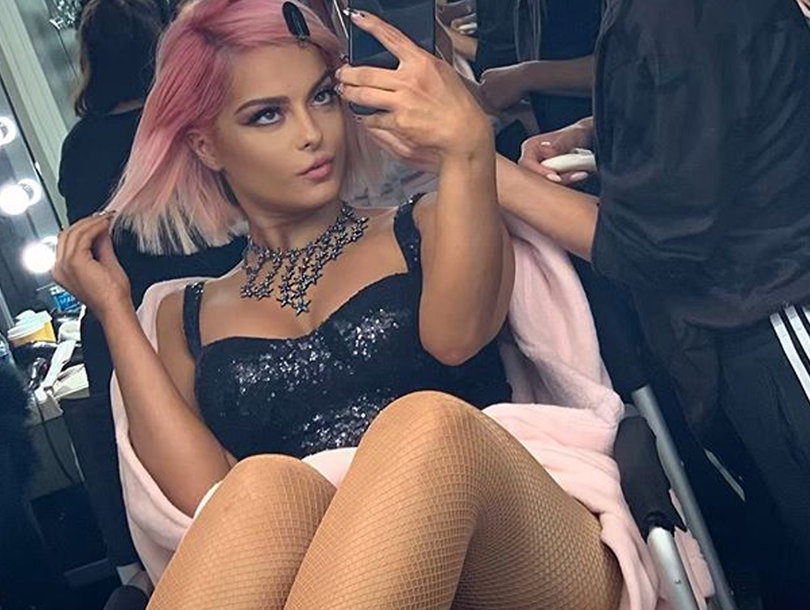 Bebe Rexha was diagnosed with bipolar disorder in April of last year.

Speaking to SELF for the magazine’s March cover story, the 30-year-old talked about her mental health in an in-depth interview, her first after letting fans know of the diagnosis on Twitter last year.

“It did kind of f–k me up for a little bit,” she said of receiving the diagnosis, “I was very fearful. I didn’t want to think there was something wrong with me.”

She said her “worst fear” was “going crazy.”

“I felt like me opening up to my fans was me finally saying, ‘I’m not going to be imprisoned by this.’ And maybe it’ll make somebody not feel imprisoned, in that moment, if they feel like they’re going through a rough time,” she explained. “That’s why I decided to really open up and to free myself from that.”

Rexha said her upcoming album will be her most personal to date, going on to recite some of the lyrics from a song called “Break My Heart Myself.”

“It goes like, ‘Hello, my name is Stevie / Actually, I’m lying. It’s really Bebe. / It’s the meds. They make me really sleepy. / Klonopin, my friend, yeah, she numbs the feeling,'” she said. “And then it’s, ‘My doctor upped my dosage. / My mom felt bad, so she sent me roses. But without it, I get really hopeless, and 5.7 of Americans know it.'”

An estimated 5.7 million adults in the U.S. have bipolar disorder, roughly 2.8 percent of the adult population in America. Rexha has bipolar I, which is characterized by manic episodes, depressive episodes and sometimes a mix of both.

“It’s important for me to laugh at myself sometimes, and also spread information, and normalize it, because it makes me feel better instead of writing a sobby ballad,” Rexha continued. “Which, you totally could do — there’s not anything wrong with that. But I like to be sarcastic about things sometimes. It takes away the pain and the hurt.”

“Even as a little girl, I remember always [being] anxious, scared of what was going to happen. I was so worried all the time,” Rexha said. “I still am. I’m scared of everything.”

Rexha also revealed she has been diagnosed with premenstrual dysphoric disorder.

“My mom would call it code red,” the singer recalled. “A day before [my period started], I would feel like my world was ending, that my life went to shit … I would get into these funks and be really depressed and not want to leave my house.” The condition is characterized by severe mood changes connected to hormonal fluctuations preceding the menstrual period.

Speaking of her mood swings, Rexha said, “I couldn’t control my emotions, and I was always super anxious, and couldn’t sit still.” She said she also had reckless spending habits — a symptom associated with mania.

“It made me feel just weird feelings, weird emotions, weird thoughts all the time. Not normal thoughts,” she said of the mood swings. “I’d be in the passenger seat of the car and I would want to open the door and jump out and just get f–king squashed. Which is terrible.”

She knew she wanted help but was scared of putting a label on whatever she had. “It’s the war you have inside your head,” she explained. “Will it affect my career? Will people judge me? Will they want to work with me? If people have been calling me crazy, are they going to be like, ‘Well, that bitch is f–king crazy’?”

And as a child of Albanian immigrants, she also had to navigate the cultural differences between how she and her parents approached mental health. “Especially European immigrant parents, growing up when I had anxiety and depression, they’d be like, just get over it. It’s all in your head. Take a walk,” she explained. “But for my parents it was hard because they felt like it was a sense of failure, but it’s not their failure at all. It’s just an illness.”

Rexha made sure to note her parents were more than supportive when she did decide to seek professional help. She found the right therapist, then the right psychiatrist, who prescribed her medication before even uttering the words “bipolar disorder.” (Though that’s not the preferred approach by some mental health professionals, some feel refraining from initially disclosing the diagnosis can prevent more harm to some patients.)

“I was kind of just going with the flow,” she said, noting that one day, she decided to ask her therapist directly. “I was like, ‘Can I ask you a question? Am I bipolar?'” according to the writer Rexha mimicked her therapist’s response, leaning in while extending her hand: “‘Yes, hun.'”

Soon after, Rexha took to Twitter. “That was my moment of being like, ‘F–k this,'” she said. “I just decided to do it because I was like, ‘I’m not going to be imprisoned by my thoughts that I’m not normal or that I’m crazy. That’s bullshit.'”

“It’s scary,” she went on, “but at a certain point you got to say, ‘F–k it, this is who I am.’ Or you just keep it to yourself. At the end of the day, it’s nobody’s business. But, for me, I like to be very transparent with my fans … and I won’t allow it to label me. It’s something that I’m going through, but it’s not me.”

You can read more from Rexha’s interview here.