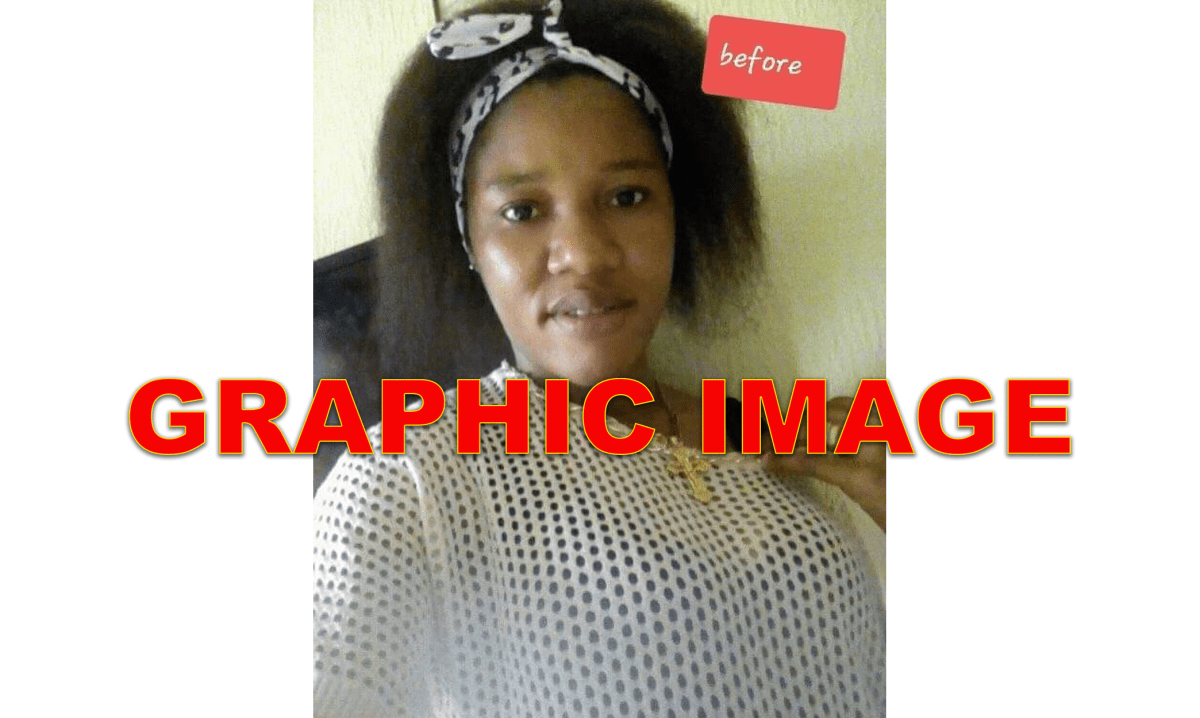 A woman had four teeth knocked out during a brutal physical attack from her angry husband. And her brutal photo has gone viral internationally.

The alleged incident occurred in Nigeria, but her story is resonating all throughout the world.

According to local reports, woman was accused of cheating on her husband. The reports say that her husband arranged to relocate his family from Nigeria to Canada.

The report continued, claiming that the Canadian Embassy requested DNA test to proof that the kids belongs to him.

The Nigerian press are reporting that the DNA test allegedly revealed that all three (3) children that his wife claimed were his – are not his biological children.

The husband then, according to the local reports, beat his wife so badly, that she lost four teeth.

Here’s the graphic pic of her face:

This story has sparked a debate, between women on men on social media. Most women are outraged by the husband’s brutality. But some men sympathize for the dad, who learned a painful truth about his own family.