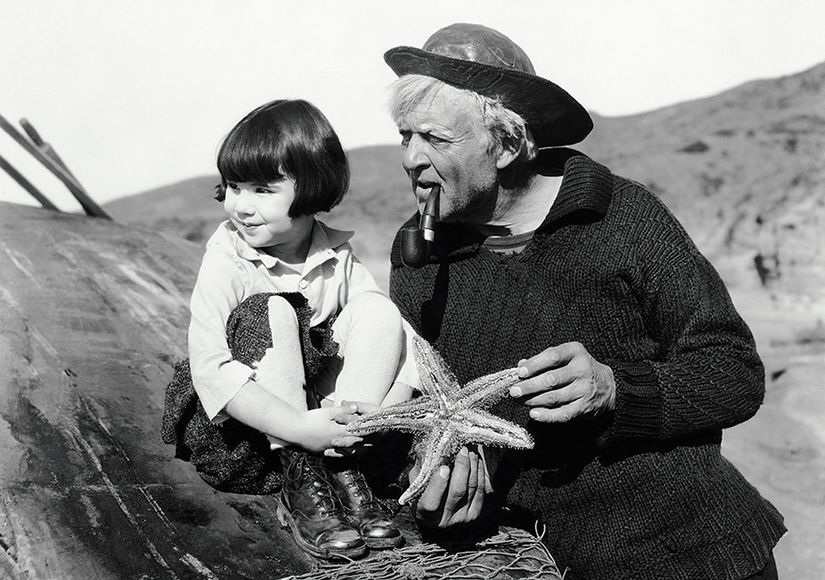 She earned a million dollars a year nearly a century ago — and she did it as a toddler.

Before her death at her home in Gustine, California, on Monday, Diana Serra Cary had logged another unthinkable achievement — she had survived long enough to become the last living bona fide star of the silent era. With her passing at the age of 101, only six people who have ever appeared in a silent movie in any capacity remain, according to an updated list on Wikipedia.

Cary, going by the name Baby Peggy, made her film debut at 19 months in 1921, her expressive face and dark bob her only tools in the age before “talkies.” Appearing in over 150 shorts for Century Film Corp., and in a smaller number of features for Universal, the skilled mimic became a household name and was paid a fortune at a time when her family, and the country, thought prosperity that vast had to be forever.

In Peggy’s case, prosperity didn’t even survive her puberty, nor did her career. Worth $4 million (over $60 million in 2020 dollars) by age 10, she was broke before adulthood, the victim of a fickle public, spendthrift parents, and her father’s go-for-broke investment in a dude ranch on the eve of the Great Depression.

Even when things were good, they were far from idyllic. The child actress, famous for her parodies of such stars of the day as Rudolph Valentino, was routinely overworked. A vaudeville draw, she made endless national public appearances, and was prominently featured alongside FDR at the 1924 Democratic National Convention as its official mascot.

Like her friend Jackie Coogan, an even bigger star whose even bigger fortune was also squandered by his family, Peggy was so popular she was among the first movie figures to inspire a line of merchandise, including everything from dolls to milk, but her parents only gave her a nickel as a reward for each task successfully completed.

Everything about Cary’s experience was trailblazing, but with so few precedents to follow, she, Coogan and the other great child star of the era, Baby Marie, were human guinea pigs. They worked as many hours as their studios demanded, worked while sick, weren’t required to be schooled, and did their own stunts.

In her acclaimed memoir “What Ever Happened to Baby Peggy: The Autobiography of Hollywood’s Pioneer Child Star” (1996), Cary wrote of nearly dying on camera while shooting “The Darling of New York” (1923), thanks to her only safe exit from a burning room being mistakenly set on fire:

“When the scene began, I ran dutifully from window to window seeking a way out, and then made straight for the door. But when I opened it a crack, I saw it was also ablaze… Having been warned it would be impossible to retake this scene without rebuilding the entire set, I slammed the door shut. Seeking some other way out, I chose the window nearest the camera, for its sill was not burning as fiercely as the rest… [M]y ad-lib escape provided [the director] with a realistic close-up of a trapped child frantically finding her way out of a blazing room.”

As usual, the film was a hit.

After the bubble burst and her family was destitute, they all resorted to extra work. A series of humiliating publicity stunts ensued, all to rekindle interest in the inconveniently grown-up kid star. These included a “where are they now?” feature in a magazine that used a solid black square for the “now” photo. Its caption? “Vanished completely.”

Cary’s second act, after she came to terms with how her career had affected her psyche, included writing, along with her memoir, a series of highly regarded books on Hollywood: “The Hollywood Posse: The Story of a Gallant Band of Horsemen Who Made Movie History” (1996), “Hollywood’s Children: An Inside Account of the Child Star Era” (1997), and “Jackie Coogan: The World’s Boy King: A Biography of Hollywood’s Legendary Child Star” (2003). Her books were noted for her almost singular, firsthand knowledge of working in silent movies, as well as the stunning detail with which she could recall events from her earliest days.

In 2012, Cary was the subject of the documentary “Baby Peggy: The Elephant in the Room.”

Active until recently as a speaker at movie conventions, she also published her first novel, “The Drowning of the Moon,” in 2018 — at age 99.

In a statement, Cary’s son said of his late mom, “I am proud of how she was able to come to terms with what happened to her from when she was just a toddler and re-create her life anew. She learned to love herself and her unusual childhood so she could focus on telling her story to educate others in how to avoid the same negative things that she had experienced in her life and career as Baby Peggy.”

In her own book, Cary summed up her journey out of stardom by recalling a caption on a photo of herself at age 13, when she was struggling to get back into the movies. It read, “Other actors and actresses have ancestors, but Baby Peggy is unique. She descended from herself.” Cary wrote of the haunting words, “While that caption may not have been entirely true back in 1932, it most certainly is now.”