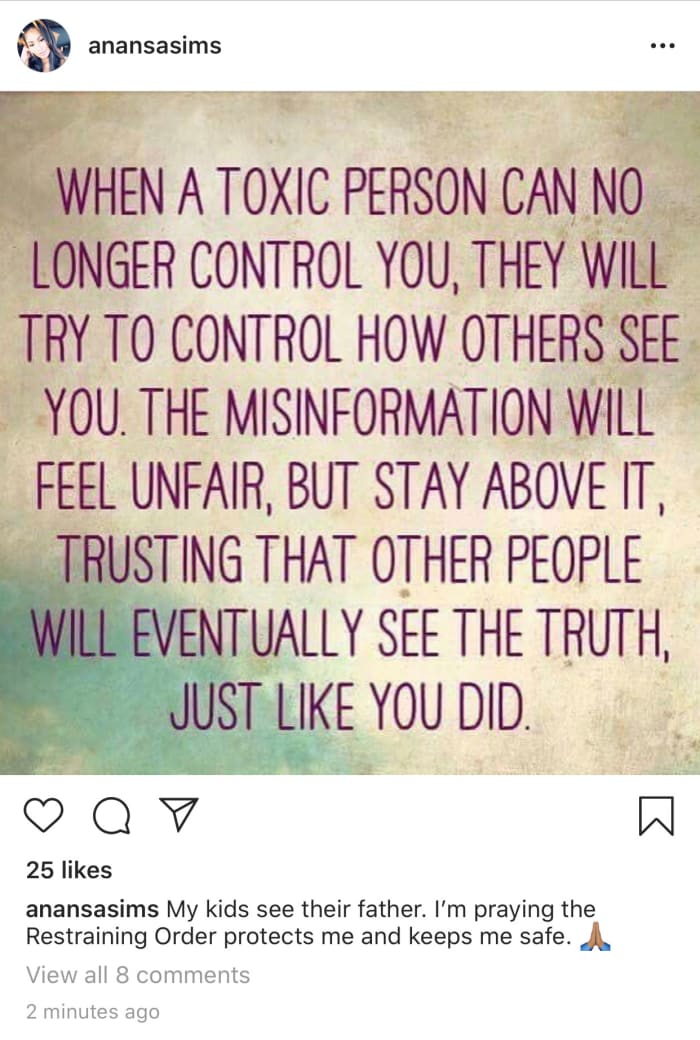 MTO News broke the news last week that Matt Barnes and his new baby’s mother Anansa Sims split. Now it seems like their relationship has gone from bad…. to worse!

Because it appears that Anansa has taken out a restraining order against Matt. A restraining order is a temporary court order issued to stop a person from carrying out a particular action, especially approaching or contacting an ex.

But it was Anansa who spilled the tea on her legal issues with Matt.

And it all started yesterday, when the former NBA star took to Instagram to share a photo of him and their child Ashton, who they welcomed in 2018. Matt wrote, “Missing my Lil man.. Hopefully I’ll be allowed to see you soon”

Immediately Anansa fired back at the implication that she’s somehow keeping her son away from Matt. Through her post she let the world know that her son does see his father, Matt Barnes, and added further that there is a restraining order.

“When a toxic person can no longer control you, they will try to control how others see you. The misinformation will feel unfair, but stay above it, trusting that other people will eventually see the truth, just like you did.”