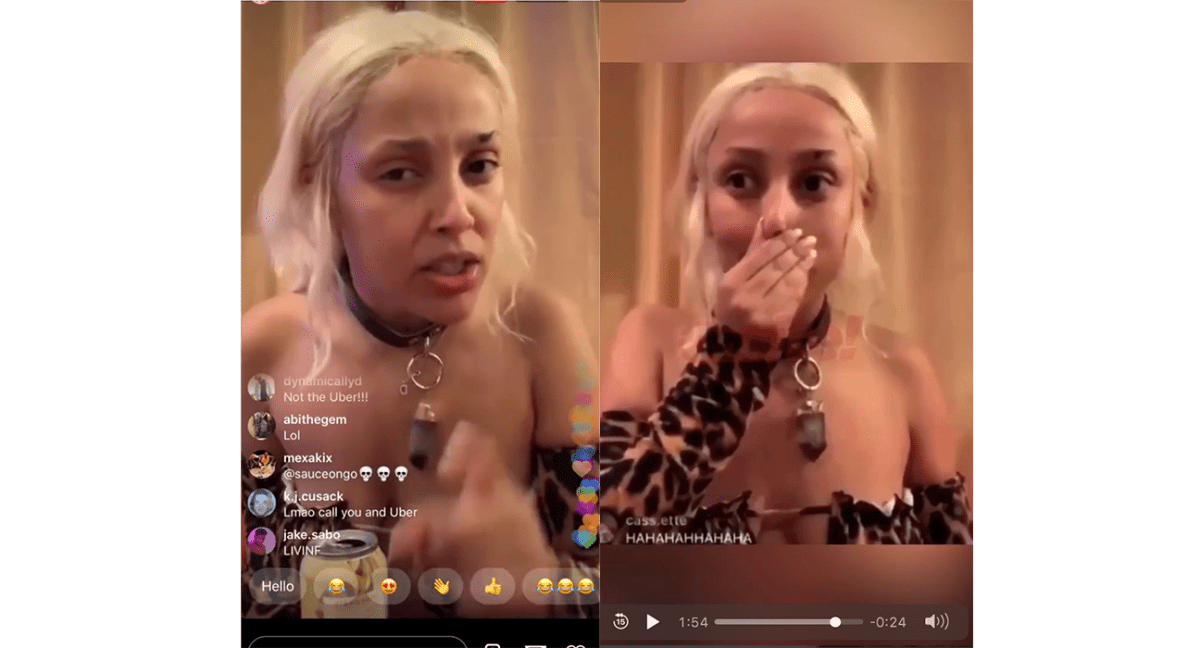 Doja Cat is going viral all over social media today.

The “Juicy” singer went on IG Live the other day, and she expressed her feelings about her celebrity crush – the rapper Russ, but Doja was a mess in the video.

She admitted to her fans that she was drunk, but many on Twitter believe that she may also have been high, possibly on cocaine.

During the video, Doja flirted heavily with hip hop artist Russ. Doja told fans that she plans on “f*cking” the artist. And all through her rant, she kept sniffling, and holding her nose.

But then things got even weirder. Last night, Doja posted a belligerent tweet, where she spoke about her nose.

That unfortunately caused even more fans to think that the singer is on the white powder:

Fans immediately took to social media, to speculate on her possible cocaine use.

Doja Cat is a rapper, singer, songwriter, and record producer who rose to prominence in 2018 with her single “Mooo!”, which became a viral music video.

Doja Cat, real name Amalaratna Zandile Dlamini, is also one of the most active celebrities on social media. She’s not only huge on Instagram and Twitter, but she’s one of the biggest artists on TikTok.