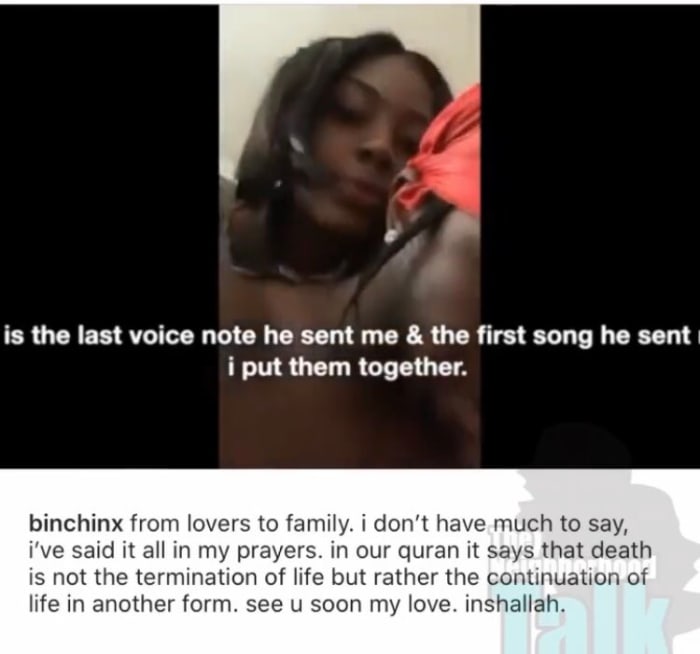 New York City rapper Pop Smoke was shot and killed inside a Hollywood mansion this week. After the 20 year old rapper died, his millions of fans took to social media, to offer their condolences to each other.

Now, after a few days, his female friends are coming out – to explain how much they loved Pop Smoke.

And there’s a lot of them – at least four women have come out, claiming to be in love with the deceased rapper. And all claim that Pop Smoke loved them back.

Here’s one of his women Binchinx: