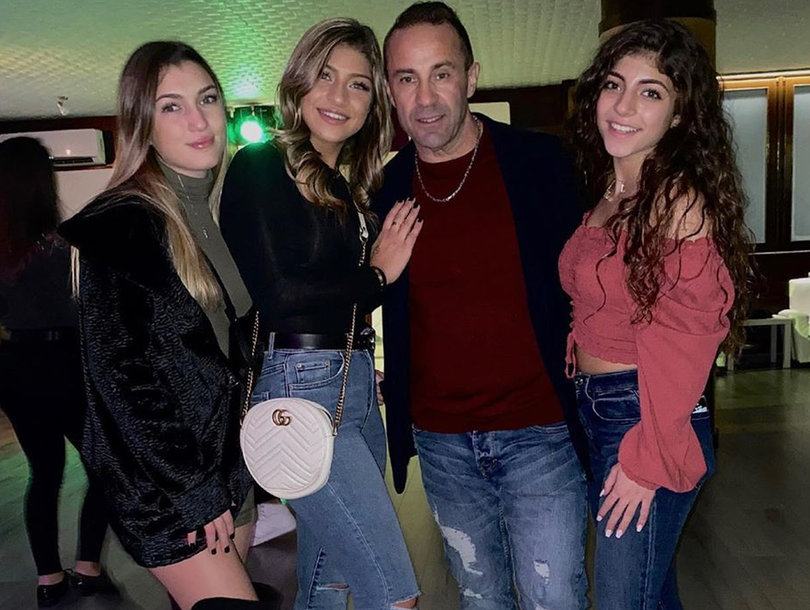 Joe Giudice revealed his “AHA moment” when he knew his 20-year marriage to Teresa Giudice was coming to an end.

The 47-year-old took to Instagram early Saturday morning to share a sweet video montage of his family, preceded by a clip from the upcoming season finale of “Real Housewives of New Jersey” where Teresa won’t allow him to spend the night in her bed after being estranged for almost four years.

“This was the moment, I knew deep in my heart she was being difficult with me for a reason. My wife has never said no to sleeping with me. I had to walk away,” he captioned the post.

“I don’t have resentment against her (her emotions are justified). it was off guard should have been private,” he added.

Joe began his post explaining how being in that moment was emotionally devastating, including a reference to the time he spent in prison serving a 41-month sentence for mail, wire and bankruptcy fraud.

“That was my moment of insight. I felt rejected. This is the first time while filming a scene, I had severe anxiety and grief. I was 🔒 up for four years, any human would have a psychological impact of prison life.”

During the sneak preview for the season finale, Teresa, 47, visited Joe in Italy with their daughters Gia, 19, Gabriella, 16, Milania, 15, and Audriana, 11. Joe has been living in his homeland while awaiting a final ruling on his deportation appeal.

As the family began winding down for the night, Joe explained to Teresa that he doesn’t want to sleep in their daughters’ room because the “beds are little.” Teresa responded by saying, “Well, I mean, were you expecting to sleep with me?”

“We haven’t been together in almost four years, so it’s kinda weird, right?” Teresa explained. “I don’t know, I mean, it’s been a long time, you know? You need to, like, slow it down.”

As Joe put on his coat to leave, he said, “Listen, by the end of this trip, things could change. Who the hell knows?”

It appears things didn’t change as the pair announced their separation in December 2019.

However, Joe seems hopeful for a healthy future with Teresa as he responded to comments on his Instagram post.

He agreed with a fan who wrote, “You and she will be best friends forever. Not many divorced couples can say that.”

When another posted, “The end of many marriages isn’t caught on tape. I hope going forward you and Teresa are on the same page regarding co-parenting and that you maintain a mutual respect for the sake of your daughters,” Joe replied, “we are good parents and very supportive toward each other.”

But he also stood up for himself when a follower piled on accusations by writing, “U have also did alot of hurtful things to her. Cheating, calling her a cunt bitch on camera to another women, telling her u never wanted to marry her an so much more. No wonder them girls esp gia an malania talk to her the way they do.”

“never cheated on my wife. I do get nervous on tv dumb yes cheater no,” Joe shared.

The Season 10 finale of “The Real Housewives of New Jersey” airs Wednesday, February 26 at 8 p.m. on Bravo.