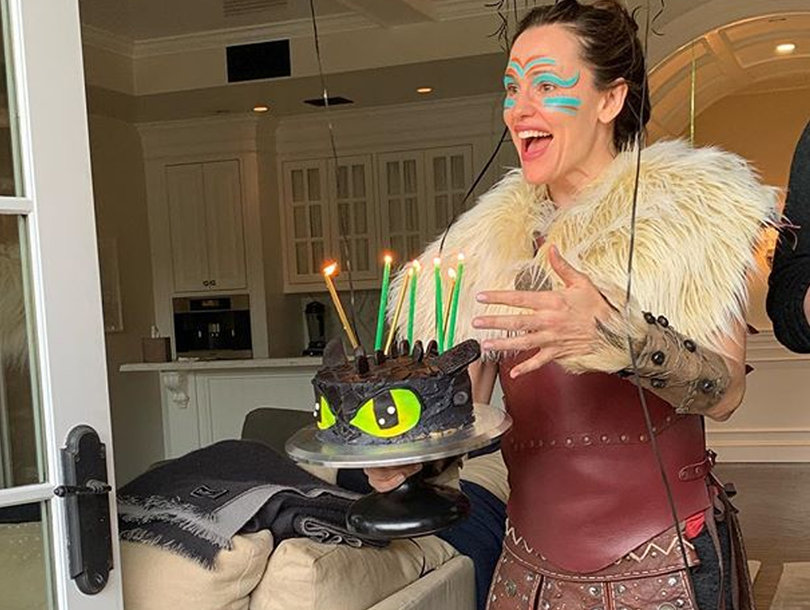 Ben Affleck is opening up about his relationship with his ex-wife, Jennifer Garner.

In an interview with Extra, the 47-year-old actor — who is currently promoting his movie about a recovering alcoholic basketball coach, “The Way Back” — recalled telling his kids he and Garner were getting a divorce.

Referencing a previous interview where he suggested the split ignited his drinking problem, Affleck clarified, “What I sort of meant by that was, there’s that moment when you have to tell your kids, ‘Hey we’re breaking up,’ and that kind of shatters their world — that was very painful.”

The former couple, who separated in 2015, share children Violet, 14, Seraphina, 11 and Samuel, 7. Despite their split, Affleck and Garner have remained close friends in co-parenting their children.

The “Argo” star praised his “supportive” ex and spoke about their relationship now.

“Jen’s a great mom, she’s been very cooperative co-parenting,” Affleck said. “We both understand that’s what’s most important for the parents of divorced kids is for the children to see the parents respect one another and treat one another with respect. I think you can learn a lot about a man’s character in how they treat the mother of their children.”

“I wish her the best and she is very supportive and helpful,” he added. “We get along in a very fluid way.”

The “Batman vs. Superman” actor laughed while speaking of Garner’s social media skills.

“I’m pleased to see she has become such an Instagram star,” he said with a smile. “That’s cool — she seems to know how to do that very well. I wouldn’t be good at that.”

Affleck also spoke about what motivated him to be so honest about his personal life, particularly with his battle with alcoholism.

“People will, in my experience, people ask you about your personal life whatever the movie is,” he explained. “One of the things interesting about this movie is it does bring up this issue of addiction.”

“A lot of this compulsive behavior is causing pain and problems, I think there’s a lot of stigma around it and people weren’t willing to have a conversation,” Affleck continued. “It’s also linked to mental health, which is another thing that’s being destigmatized…I was excited chiefly to tell a story about a character who was suffering, and has suffered but also could get past it.”

In “The Way Back,” Affleck plays a former basketball star battling addiction who gets a second chance as a high school basketball coach. He filmed the drama following a stint in rehab in 2018, which was the same year his divorce from Garner was finalized.

The Oscar winner expressed how the film was “cathartic” for him. “The catharsis comes from empathy, compassion, identifying with the character,” he expressed. “I really identified with him.”

“Most importantly, I had full access to my emotions,” he added. “I was in a very positive place. I was able to find a lot of different stuff.”

“The Way Back” hits theaters March 6.