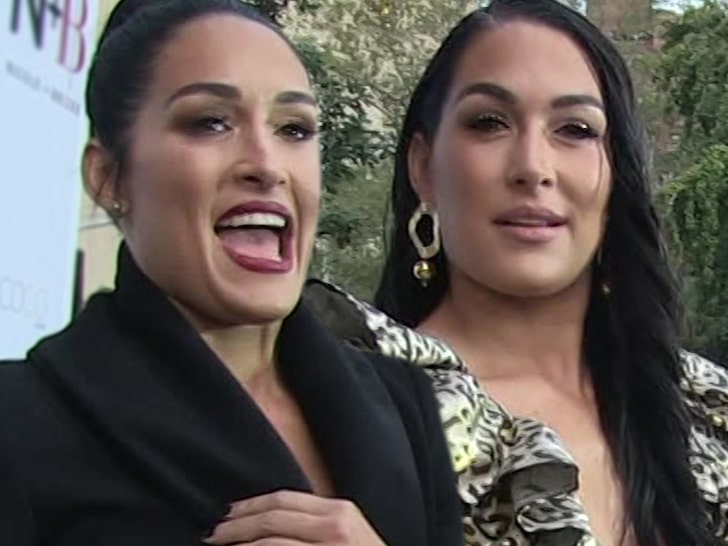 Nikki Bella and Brie Bella have a lot to celebrate these days. Aside from the fact they’re both pregnant, they’re also both about to be inducted into the WWE Hall of Fame!!!

The Bella Twins were guests Friday night on “A Moment of Bliss” on SmackDown, where they and everyone else learned they were going to be 2020 inductees.

The twins became pop culture icons, introducing a new generation of fans to wrestling … especially with their reality show, “Total Bellas.” They have 2.6 million subscribers on their YouTube channel.

Both women are well along — and close together — in their pregnancies.

They also helped introduce a new generation of fans to WWE with their hit reality shows “Total Divas” and “Total Bellas,” as well as their YouTube channel, which boasts more than 2.6 million subscribers.

They’ll be inducted in the the WWE Hall of Fame on April 2nd, during WrestleMania 36 Week.