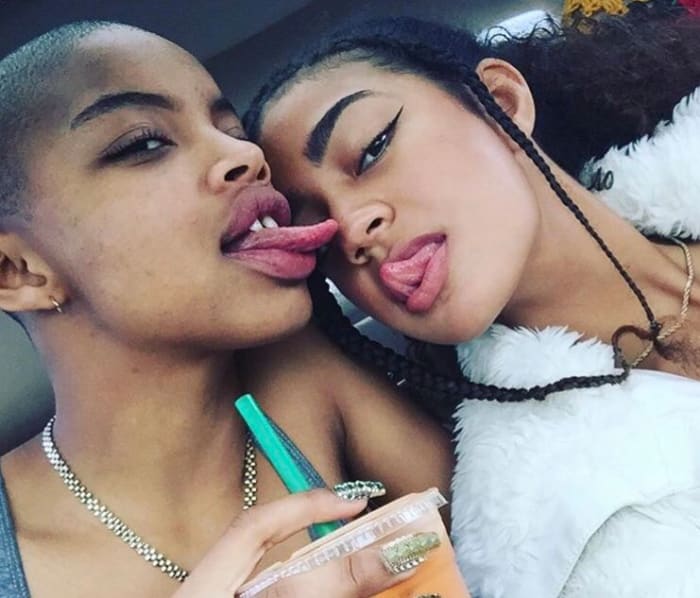 Slick Woods is one of the most celebrated supermodels in the world. Now she’s come out, as a lesbian.

Slick, real name Simone Thompson, is known for her bald head, gapped teeth, and tattoos. She is a part of the “Social Media Modeling” or “Instagirl” movement as she has over a million followers on the social media platform.

She has most notably modeled for Rihanna and Marc Jacobs. She has appeared in several international editions of Vogue and a campaign for Calvin Klein.

She was also featured in the 2018 Pirelli calendar alongside celebrities such as Naomi Campbell, Lupita Nyong’o, and Diddy.

Slick used to be straight. In July 2018, she announced her pregnancy to Ivorian-Canadian model Adonis Bosso. She gave birth to her son, Saphir, shortly after appearing in Rihanna’s SavagexFenty fashion show in September 2018.

But the two split up last year, and Slick began dating a woman.

Here are pics of Slick Woods and her new bae: