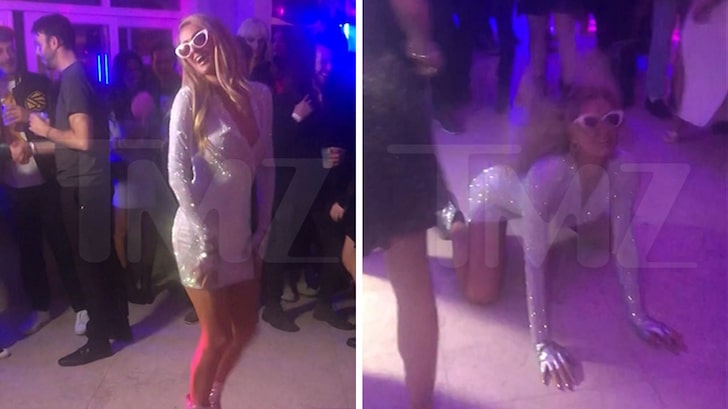 Paris Hilton took over the dance floor at her birthday party, as she was really feeling the vibes of a hit Britney Spears track … this is “sliving” at 39.

The famous heiress had a huge shindig Thursday night to celebrate the final year of her 30s, which she entered earlier this week. The bash was held at “Slivington Manor” in Beverly Hills — if ya don’t know, “sliving” is a term coined by Paris combining “slaying” and “living.”

Sounds like a lot to live up to, but Paris took the reins and didn’t hold back … even if she was flying solo as she moved and grooved — and even twerked — to a bunch of hit tracks.

Along with “… Baby One More Time,” her dance playlist included 50 Cent‘s “In Da Club” and Miley Cyrus‘ “Party In the U.S.A.” … like all good parties for a 39-year-old should.

As you can see, Hilton’s party decor featured giant balloons, flowers, lots of pink stuff and #sliving signage … along with a tie-dye convertible BMW. There were also treats and drinks galore and a star-studded guest list.