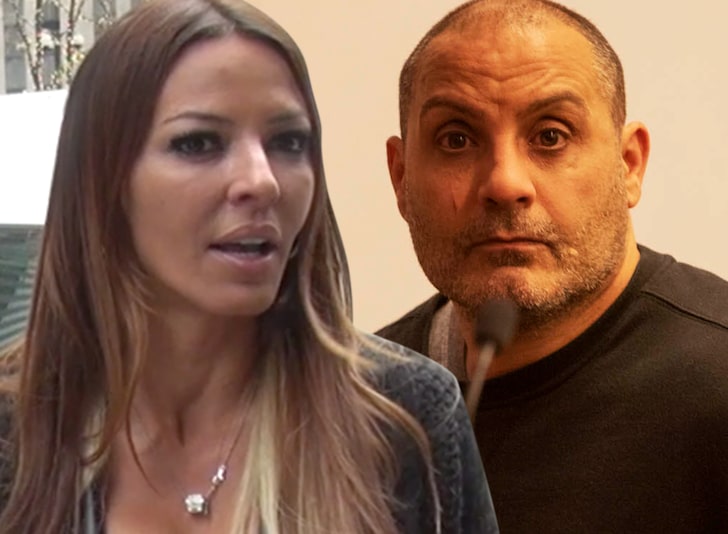 “Mob Wives” star Drita D’Avanzo isn’t losing sleep over her gun and drugs case anymore, but her husband — he’s still sweating it out.

According to the DA’s Office in Staten Island … prosecutors have dropped all charges against Drita, 2 months after cops raided the house where she and Lee D’Avanzo live. The announcement was made in court Thursday morning with Drita present.

The DA now says Drita was NOT the target of the search warrant. As for Lee, the feds are now taking over — he’s been indicted for possession of firearms and weed by the U.S. Attorney’s Office for the Eastern District of New York.

Outside of court, Drita told reporters, “I have no time to celebrate because my husband is not home, but I am very happy with the outcome. All I’m focusing on right now is the fact that this turned out good.”

As we previously reported … NYPD raided the D’Avanzo’s pad and allegedly found 2 loaded handguns, a Smith & Wesson 9mm and a 38 caliber. Cops say they also found 120 pills of hydrocodone/acetaminophen, 22 Xanax pills and a large amount of weed.