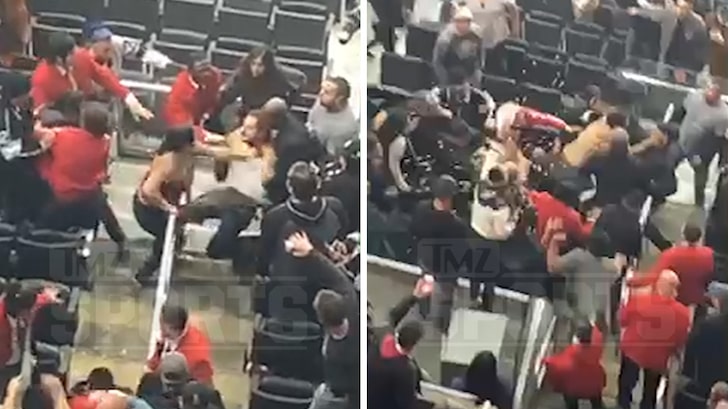 Here’s one of the craziest and most violent in-arena brawls EVER — courtesy of some fans at Thursday night’s L.A. Kings game.

The hometown squad was in a tight matchup with the Florida Panthers … when one witness tells us he noticed a fight beginning to break out in the Staples Center lower bowl.

You can see in the video what happens next … a scrap escalates into AN ALL-OUT BRAWL!!

The scene is insane … there’s a woman throwing a FLURRY of right hands to start — and then things get even crazier.

A shirtless man runs into the scrum with a flying left haymaker … and then for some reason, a fan dumps popcorn all over the action!!!

It’s all followed up by some more punching, pushing and shoving … before in-arena security is FINALLY able to break it up.

We reached out to our law enforcement sources … and they tell us it appears no one was arrested … and say Staples security usually handles this on their own by ejecting fans.