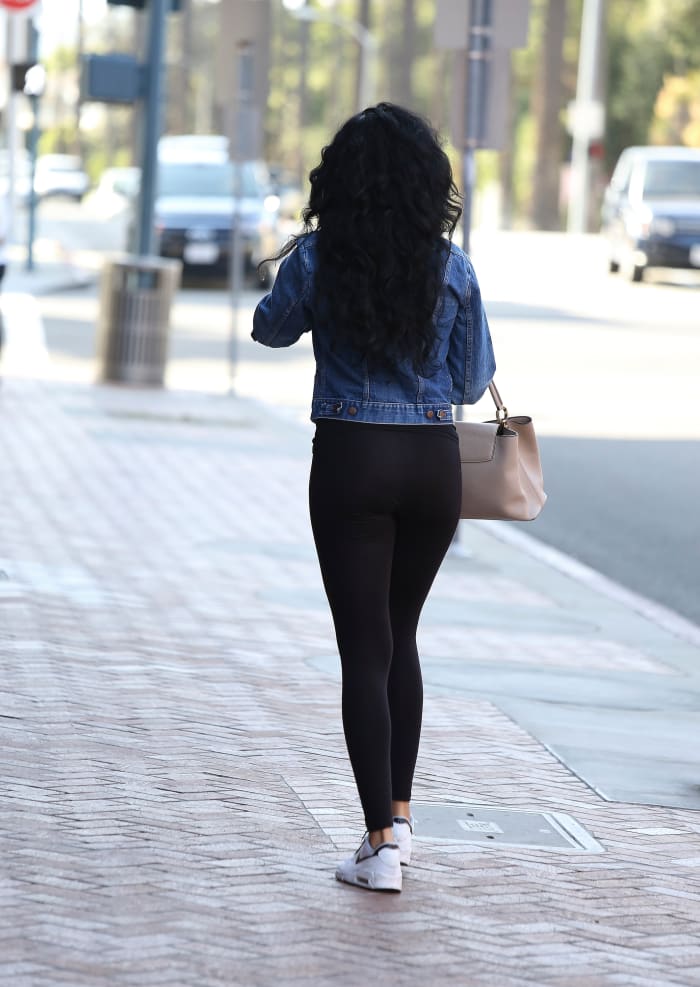 Eddie Murphy’s daughter Bria used to be a runway model. But she’s since given up on modeling, and now focuses on painting and other artistic endeavors.

Eddie, 58, attended the event with his fiancée Paige Butcher, 40, and Bria’s mom Nicole Murphy, 52. The former couple supported their artist daughter at her exhibition opening.

Eddie and Nicole – who were married from 1993-2006 and share five children- posed separately with their talented daughter.

But it wasn’t Bria’s work alone that caught the attention of social media followers. Rather, her weight gain also took center stage.

Here are the images that have people going crazy:

IMAGE #1 Of The MUCH HEAVIER Bria Murphy

IMAGE #2 Of The MUCH HEAVIER Bria Murphy

In contrast, here’s what Bria used to look like:

Here are some of the mean comments that are being left on Twitter, about Bria’s recent weight gain:

She got Eddie’s genes not Nicole’s

The poor thing is still in her 20s. She’ll look like Lizzo by 35

No bueno, she used to have such a great body