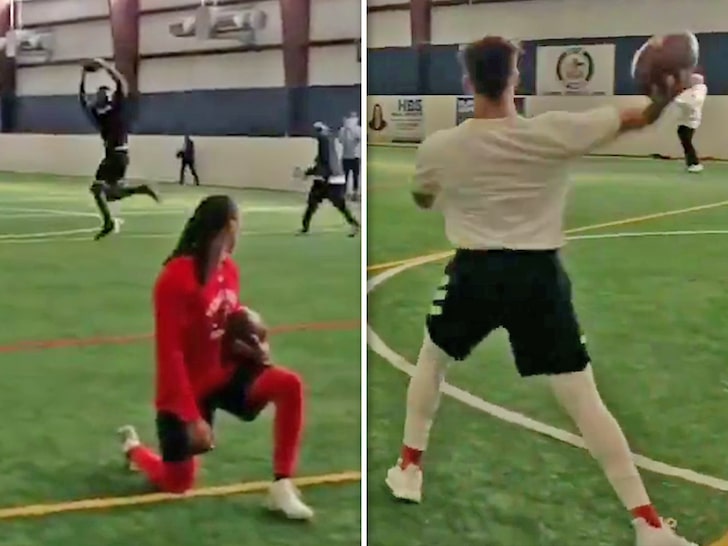 Seems like it could be a possibility … ’cause the former All-Pro wideout ran routes for Patrick Mahomes on Friday — and there seems to be chemistry there!!!

Patrick Mahomes throwing to Dez Bryant this morning at @APEC817 in Fort Worth pic.twitter.com/h48RooI7sN

Of course, Dez hasn’t played a down in the NFL since 2017 … but he’s been working like a mad man to get back, even telling TMZ Sports this month he’s “for damn sure” returning to the league soon.

And, we gotta say … in the clips of Dez and Mahomes, the former Dallas Cowboy superstar still looks like he has hit!!

Check out how he high points the ball and turns up field in one of the clips … sure looks a lot like 2014, right???

It’s unclear why the Super Bowl MVP decided to link up with Dez for the workout … but Mahomes is from the Tyler, Texas area — so it coulda been just two elite athletes getting some run in.

Then again, maybe Andy Reid put his quarterback up to it to report back to Chiefs kingdom?!?!