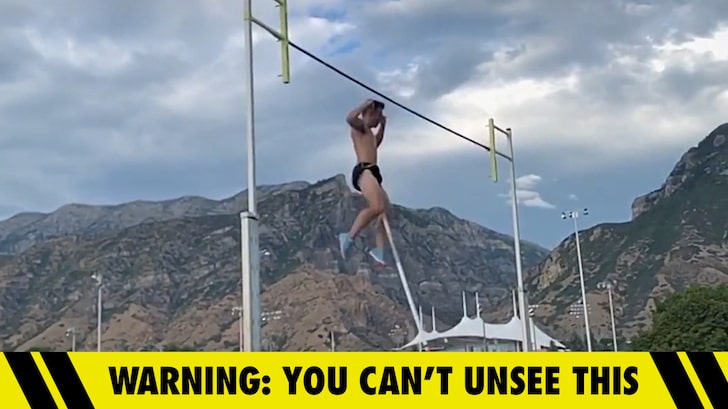 “I could see right into my scrotum.”

That’s probably the last thing you wanna say after a pole vault training sesh … but it’s exactly how BYU athlete Zach McWhorter is describing his pole vs. balls injury.

The 21-year-old was having a pretty typical training session at the BYU track — recording it to post on TikTok — when disaster struck.

At first, it seemed like a standard jump … but McWhorter’s pole didn’t fall the way it supposed to and essentially impaled his scrotum.

McWhorter told BuzzFeed he was immediately rushed to the hospital by his dad/coach/urologist … where he needed 18 STITCHES to get patched up.

Luckily, the dude says he only has a scar from the incident. As for any permanent damage, McWhorter says “One day, we’ll find out if they function or not.”