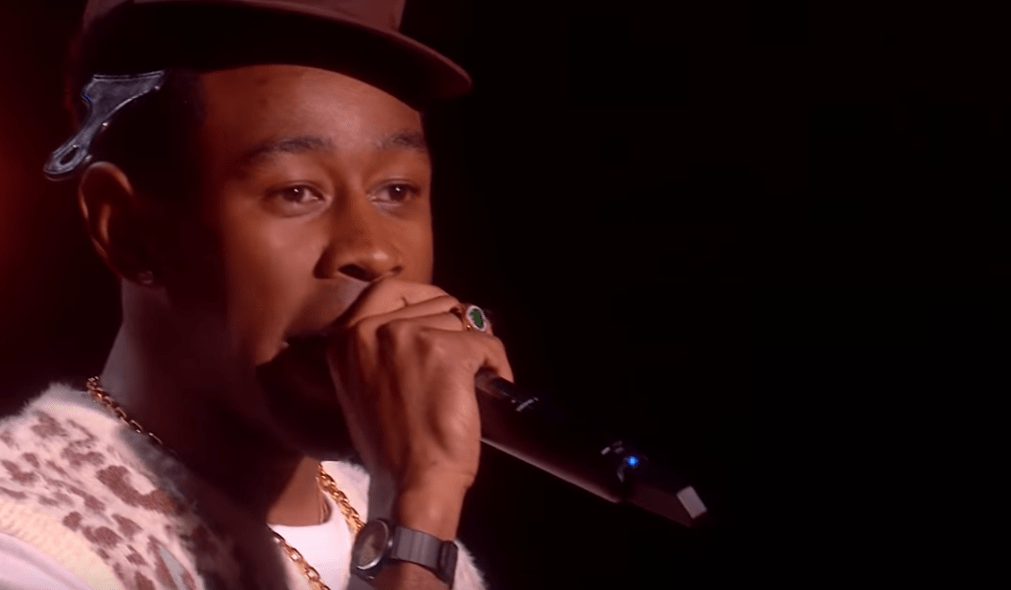 Tyler, The Creator, has not forgiven former British Prime Minister Theresa May for banning him from entering the country, despite the ban being lifted.

Tyler was in the country to collect Best International Male award at the 2020 BRIT Awards, and he couldn’t help but take a dig and the former premier.

“I want to give a special shout-out to someone who I hold dear to my heart, who made it where I couldn’t come to this country five years ago,” he told the cheering audience. “I know she’s at home pissed off. Thank you, Theresa May.”

Tyler was banned from the UK five years ago after the British Parliament ruled that his lyrics were too violent and homophobic.

“Tyler has been banned from entering the U.K. for somewhere between 3 to 5 years per a letter from the secretary of state for the home department of the united kingdom. Highlights from the letter include that his work ‘encourages violence and intolerance of homosexuality’ and ‘fosters hatred with views that seeks to provoke others to terrorist acts,'” the statement from the government read at the time.