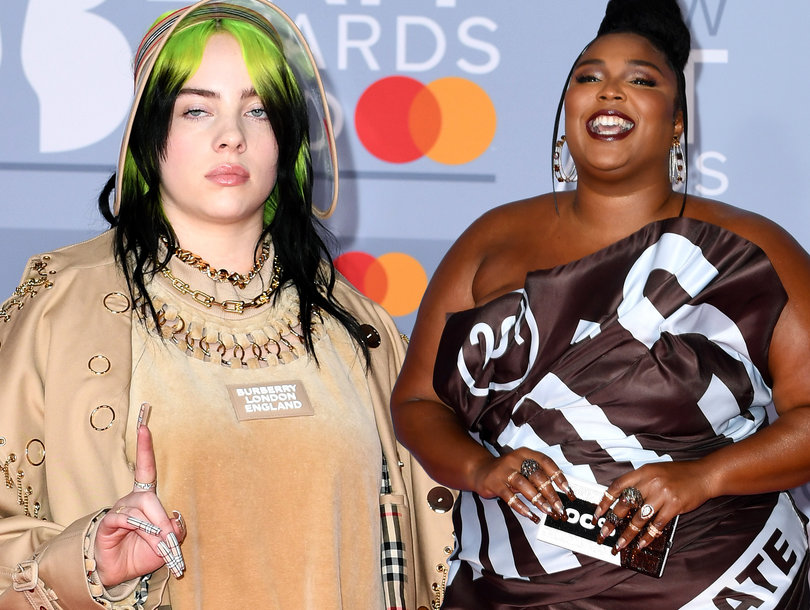 Finally, after weeks of torture, “This Is Us” converged on “The Cabin” in the present, the past and the future, adding another puzzle piece to that future timeline with the arrival of Kevin at his home.

It was a beautiful piece, and while it wasn’t a surprise reveal by the time it came, it was nevertheless a satisfying one. We’ve been rooting for Kevin to figure it out in his life, and it’s so wonderful that we now know he will begin to do just that very soon — though we’re not thrilled it seemingly costs him his relationship with Randall.

Nevertheless, those are fears for another day as they were definitely more urgent concerns looming over this week’s hour. We had Rebecca barreling down the roads toward the cabin where she just knew Kate was in trouble with Mark, and we had the Big Three still reeling from their respective days coming together to try and unwind.

And then we had the unexpected treat of both an adorable family portrait puzzle and Jack’s time capsule, which brought the siblings together with an amazing surprise and a touching tribute to the person who has emerged as the true hero and center of this story, Mandy Moore’s Rebecca.

Oh, before we get to our tear-filled moments — and there were plenty — we thought we’d shine a spotlight on one that doesn’t have us crying just yet, but we still feel needs to be addressed: Kevin sleeping with Madison.

We can totally understand Kate freaking out at Kevin when she found out, but we have to give props where it’s due, and it’s due twice. For one, Madison totally came through as the gal pal in telling Kate what went down. And while Kevin kept the secret, it’s to his credit that he woke and spoke to Madison about it all before leaving for the trip.

Obviously, this is a delicate situation. We loved Madison’s cheeky response in the moment, joking that they were falling in love, and her integrity even more. She’s been showing a real growth and maturity in the brief moments we’ve seen with her … could she be Kevin’s future love, or just a stop along the way?

Kate wasn’t going to reveal the full truth that Mark locked her out of the cabin way too long, still trying to protect him, but we absolutely loved seeing that her family saw right through it. Kevin, in particular, was fearless in standing up for his sister, Granted, he had Rebecca and Randall there as well, but still, this was pure instinct and protectiveness, a testament to his unconditional love and support for his sister, even when she doesn’t know she needs it. And in this moment, she needed her family way more than she realized. Just imagine if they knew he’d kicked her out of his car and made her walk to a gas station before that call!

We Are All Gonna Be Just Fine

We loved Toby saying this line to Kate at the top of the episode, because it was delivered with such earnest endearment, you could tell that he really wanted this to be true. He was still riddled with uncertainty, but committed to stepping up as she’d basically demanded. This is a testament to how much he loves her, as it is his love for her that carried him through this scary idea of saying alone with Jack.

She Tried So Hard with Me

There’s so much truth to the adage that we never fully appreciate what we have until it’s gone, and no people in our lives go underappreciated for longer than our parents. Kate held onto her grudge against Rebecca for so much longer than necessary, really only having these past few good years before finding out about Rebecca’s cognitive impairment. It’s a devastating and frightening diagnosis for anyone, but for Kate, it just amplifies all that time lost due to her own hubris. In other words, love the ones you’ve got while you’ve got them.

2 tissues (regret is the hardest)

It Was Just a Fun, Silly Time Capsule

It had to be one of the most difficult things he’s ever done, but we applaud Randall for finally breaking down and admitting to someone that he is not fine. When he gave that platitude to Kate and Kevin earlier, we wanted to reach through our screen and slap the pride right off of him. But finally, with the missing puzzle piece in his hand that Kevin put in the time capsule because Randall “choked,” he saw it for what it was. This is a lifetime struggle he has made virtually zero progress in getting a handle on, and he’s finally ready to acknowledge that (to people who already know, admittedly) and maybe do something about it, too.

Look, we’re not trying to make this week all about Toby, but this was as big a weekend for him as it was for the Big Three. This was make or break for his family and marriage, and we loved how Chris Sullivan played it with such uncertainty throughout. But in this moment, when he saw that Jack was choking, Toby became a superhero. Through his fear and panic, he saved his son’s life and in almost losing him, began to cement that bond.

Finally, finally Randall confessed that it’s sometimes all too much and it’s really never gotten better. We saw that again when he failed to figure out the time capsule due to overthinking. But this time, he admitted as much to Kate and Kevin, overwhelmed by his personal life and fears over Rebecca’s future. And Kate was absolutely right, both in assuring him that he’s got his siblings to lean on through this, and that she and Kevin are strong. Even after sleeping with Madison, Kevin is in a stronger place than he’s been since this show began, and Kate proved last week that she’s ready to stand on her own, if need be, with the strength only a mother can fully understand. These whiny, manipulative Pearsons are finally growing into the fine people they could always be; it’s never too late!

Why Shouldn’t I Believe in Myself?

We can only begin to imagine what that moment was like for the Big Three hearing Jack’s voice for the first time in years, saying words to them they’d never hear before. It’s like he’d stepped forward through time to share a message with them, and it was a message with so many layers. For one, it reiterated that all these years they’d painted him as the superhero, it was Rebecca who was the real hero of the family. And she did it through her love and believe in those she loved, including Jack. For her time capsule, she put in the drawing of the new cabin Jack wanted to build that he’d pitched out. He was embarrassed, she was inspired and never doubted that he could do anything, that her children can do anything. And don’t doubt that she would do anything for them.

It Also Has Some Pretty Epic Audio

We know Toby has gotten a lot of love already this week, but what a beautiful moment. Long-time fans know how much his “Star Wars” action figures mean to him, and it was just beautiful seeing him adapt his passion into something that will have more meaning for Jack. Focusing on the just-as-famous sounds of the iconic films showed lateral thinking on Toby’s part and looked like a genuine moment of sharing something that means so much to him to his son, as all parents do. This was the moment we believe it clicked for Toby (it’s just a shame Kate missed it) and we now believe they’re going to be okay. He even has Randall rooting for him; as everyone can see he was never a bad dude, he was just struggling.

Get the Hell Out of My House

It all comes back full circle to that moment when the truth is outed (or at least part of it) about what Mark did to Kate at the cabin. Kevin made his threats and got a small smirk in return. Mark was all youthful testosterone and rage — the same combination that fueled his awful behavior toward Kate — but he was nothing in the face of Rebecca, deciding once and for all that he was done here. There was nothing more to be said. Even Kate saw in that moment how real it was; she saw Mark through her family’s eyes and saw what she was defending, protecting. It was nothing to the anger of a mother protecting her children. That anger is fueled by love, and there’s nothing more powerful.

Future Sight: Not exactly a quotable moment, or a tear-filled moment, but how beautiful was it to see Jack’s vision coming to life up on that hillside, and realizing that this was the house the family converged in when we first flashed forward to see Rebecca ill. This is where Kevin is building his family, in a vision created by his father, overlooking the family cabin that helped forge those familial bonds tighter than ever.