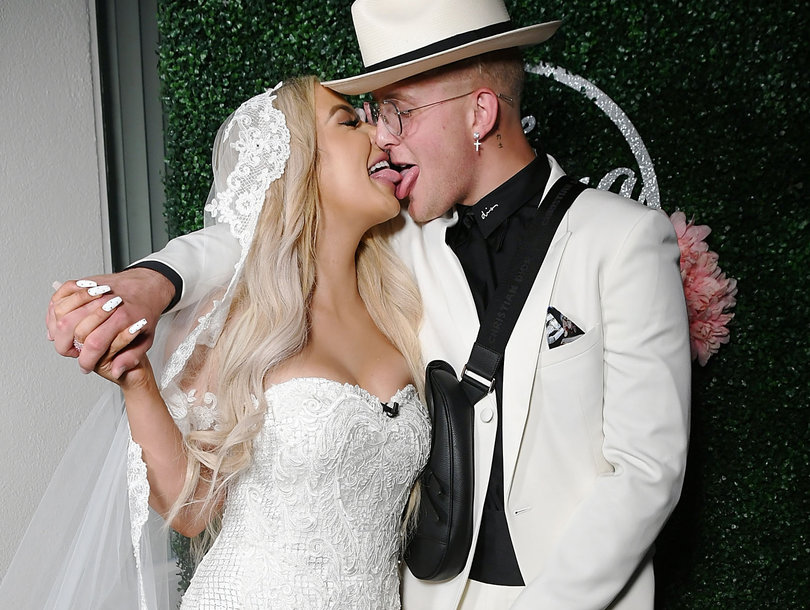 Tana Mongeau is clearly an expert at staying friendly with exes.

While out in Los Angeles recently, the 21-year-old YouTuber was asked if she had any advice on how to deal with running into former lovers in public.

“You go like this,” Tana joked, covering her face. “I don’t know. It depends. I like to try to be friends with my exes, you know? I try to.”

“I really am,” she continued. “I’m thriving in being friends with my exes.”

Although she said she and her ex, Jake Paul, are “cool,” she understandably didn’t seem too eager to discuss her ex’s new relationship.

When asked her thoughts on her ex’s brother, Logan, possibly taking on NFL star Antonio Brown in a fight, Tana said, “I don’t know. I’m trying to not be a Paul anymore.”

While discussing her exes, Tana was, in fact, out with one of them, rapper Mod Sun. Last year, Tana was in a polyamorous relationship with Mod and Bella Thorne, before the ladies split in February 2019. Bella and Mod Sun broke up a few months later in April.

Tana went on to date Jake Paul, 23, and the couple became engaged after just three months of dating. Tana and Jake had a wild, over-the-top wedding ceremony in Las Vegas last July, however, it was later discovered the pair were never legally married.