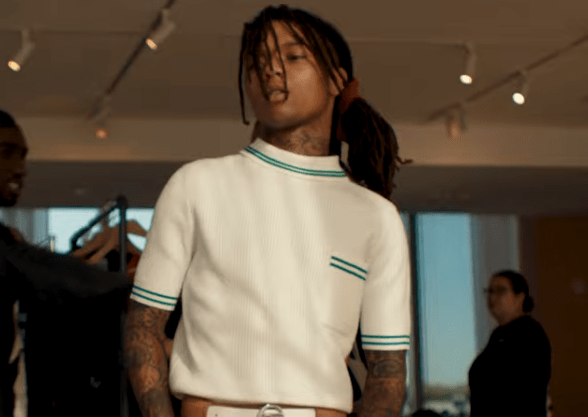 Rae Sremmurd vocalist Swae Lee has never been conventional when it comes to fashion, and now, he’s busy designing a line of heeled boots for men.

“A lot of [rappers] are f*cking scared to wear sh*t. They want to think the old ways and put a limit on that sh*t,” he said matter-of-factly. “I’m not scared to be different,” he said, according to Footwear News.

His first offering will be a collaboration Giuseppe Zanotti – and the publication described the shoes as “bubblegum pink heeled booties.”

“Even growing up, we used to rap about Giuseppes. Everybody in the hood wanted them,” he told FN. “We couldn’t afford it, so you were a real high-end dude if you wore Giuseppes. You were going to make a lot of noise and turn heads if you came through wearing them.”

And the singer feels that his new collaboration is more than just a new pair of heels… it will change lives.

“I was making something to go on someone’s body, to complete their outfit. The shoe completes a look,” he said. “It was up to me to make the most key part of the outfit so it was way different. Now I’m helping people with their well-being. This is their image. That’s important.”