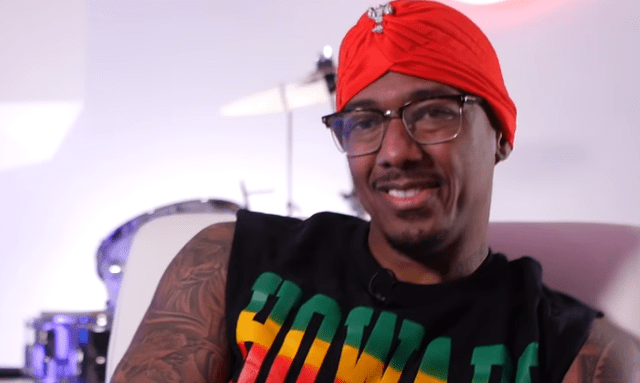 Nick Cannon’s interview with DJ Vlad is still creating headlines, and this time, Cannon says that he believes that his rap nemesis, Eminem, was the first rapper to promote popping pills.

“[It’s been going on] since certain artists started glorifying drug culture, and doing drugs. Who is the first rapper you heard popping pills?” Cannon asked Vlad.

“I idolized Snoop. We smoke weed. All this pill poppin’ generation… I idolize E-40. We sell drugs, we don’t take ’em. What [Ice] Cube and Biggie say? ‘Don’t get high on your own supply,'” the radio host shared.

“I only know to place the blame on people who control the indoctrinated institutionalization. Someone has to bring this stuff to us. Someone has to glorify this stuff in order for us to do it. And only reason I’m saying that is because I believe it’s our duty to shift it.”

In the past, Eminem has struggled with addiction to prescription pills. Back in 2015, he spoke to Men’s Health about his addiction, which led to weight gain.

“The coating on the Vicodin and the Valium I’d been taking for years leaves a hole in your stomach, so to avoid a stomachache, I was constantly eating — and eating badly,” he said.