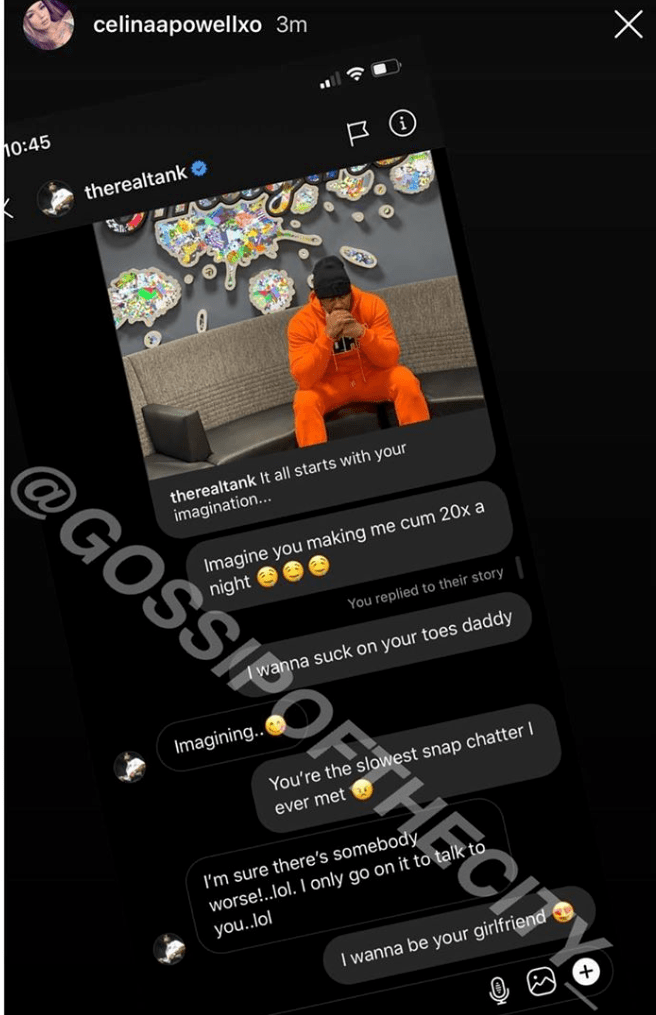 R&B singer Tank is married to the lovely Zena Foster, and the couple have two children together.

But last night, Tank appeared to step out on his longtime partner, and step into a known “insta-thots” DMs.

And it wasn’t just any Insta-thot he was creeping with, it was the notorious Celina Powell.

Celina has slept with dozens of celebrities, including Snoop Dogg, Offset, 50 Cent and Tekashi 6ix9ine – and afterwards exposed them on IG.

So Tank made a HUGE mistake responding to her.

Celina leaked their “creep” messages to her fans.

So far neither Tank, nor his wife have responded to Celina’s leak.