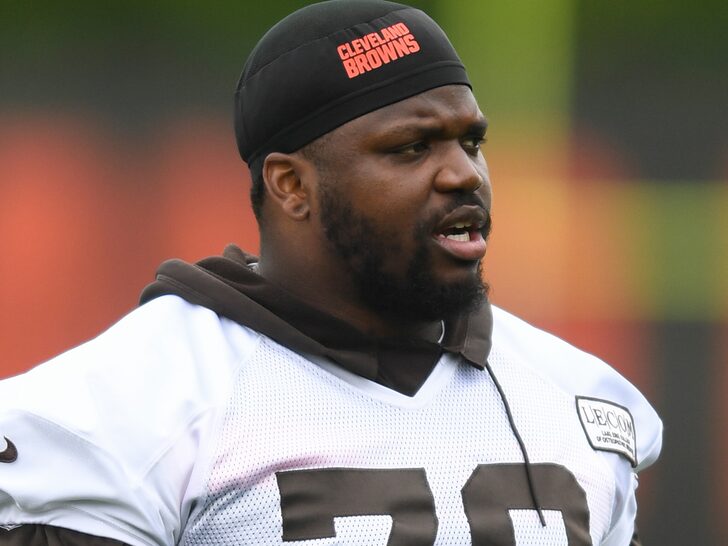 Cleveland Browns lineman Greg Robinson — the #2 overall pick in the 2014 NFL Draft — is in custody after officials say he was found with A LOT of marijuana at a border patrol checkpoint.

We’re told Robinson was stopped on Monday at the Sierra Blanca border checkpoint near the U.S., Mexico border. We’re still working on the details surrounding the arrest.

Jail records show Robinson is still in custody and we’re told he’s facing a federal charge of possession with intent to distribute.

27-year-old Robinson was an absolute stud back in his college days — making 1st Team All-SEC during his 2013 season at Auburn.

Sources tell us the Browns recently informed Robinson they would not be bringing him back for the 2020 season.

Robinson has reportedly made more than $29 million in contract money during his NFL career.

We reached out to Robinson’s rep and the Cleveland Browns — so far, no comment from either.