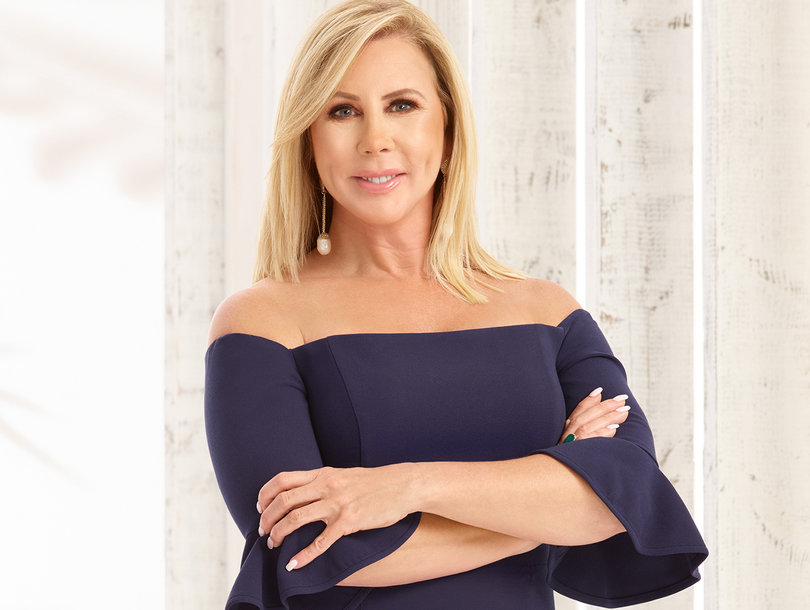 Last year, the recently exited “Real Housewives of Orange County” star and her insurance company, Coto Insurance, were facing a lawsuit for breach of fiduciary duty, negligence, intentional infliction of emotional distress and breach of contract while Season 14 was filming. The woman who filed, 82-year-old Joan Lile, claimed that she paid increasing premiums and was not able to receive the benefits she was promised when her husband died.

But last week, the case was dismissed with prejudice, meaning it can never be reopened, according to Gunvalson.

“I am excited to share that the case against me was completely dismissed and that there was no wrongdoing on my part,” Gunvalson told OK! Magazine. “Furthermore, the case was dismissed with prejudice, which means it can never be brought back into a trial. I was not surprised by the results at all, as I knew I had done nothing wrong and that the allegations against me were completely false.”

“I love the American justice system, because the truth is always revealed,” she went on. “While I’m extremely ecstatic that this is behind me now, I think it should open Kelly Dodd’s eyes. Like, take that, Kelly Dodd! She tried to ‘out’ me during the season claiming, falsely again, that I was a ‘con woman.'”

Vicki went on to assert that Kelly “had no idea what she was talking about. As I said back then, and this just proves my point. She tried to spew lies about my work and who I am, and the result of this lawsuit being dismissed proves, yet again, that she knows nothing about my life.”

According to court documents filed by Gunvalson in a lawsuit against Dodd, her co-star brought up the Lile lawsuit on camera and called Vicki a con woman who preys on older people and engages in fraud; statements Gunvalson felt would damage her business and reputation. She sued Dodd, Bravo and Evolution (though she quickly dropped the suit against the networks).

Vicki and Kelly’s relationship has deteriorated over the years, to say the least. They started off as friends, but after Vicki set up Kelly’s ex-husband with one of her pals, everything went downhill. During the Season 13 reunion, Gunvalson accused Dodd of being a cocaine addict, which Kelly denied. Then during Season 14, Vicki’s first and only as a cast “friend,” she insinuated that Kelly had participated in a sex “train” with multiple men, before claiming Dodd had been banned from her daughter’s school. Kelly denied those accusations as well.

Gunvalson then shocked viewers last month when she announced she would be exiting “RHOC” after 14 years. She took to Instagram to thank her fans and tease her upcoming projects, including a podcast she promised would cover “juicy things you’ll want to tune in for,” including “behind-the-scenes stories you’ve never seen on ‘Real Housewives.'”

We imagine Kelly will be a topic of conversation on Vicki’s “Whoop It Up” podcast.