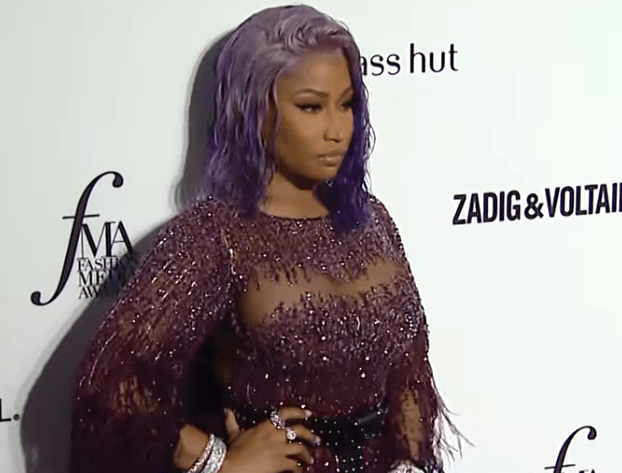 Nicki Minaj almost broke the internet on Monday, after she posted a video of herself twerking in a skintight dress, as her husband Kenneth “Zoo” Petty filmed it all.

In the video, Nicki kneels across a bed in a dimly lit room on all fours and can be seen shaking her booty, as the dress rides up and completely, eventually baring her ample assets for the Gram.

Fans were surprised at how much Nicki’s allegedly enhanced derriere moved in the video, as usual, her twerks are stiff, and there isn’t much “jiggle” going on – much like in the “Hot Girl Summer” video she filmed with Magan Thee Stallion.

It’s clear that Nicki is living in wedded bliss after tying the knot her Kenny, and wants the world to know that when it comes to this rap game, including who can twerk the best – she’s on top!

Check out a few reactions to the video below: