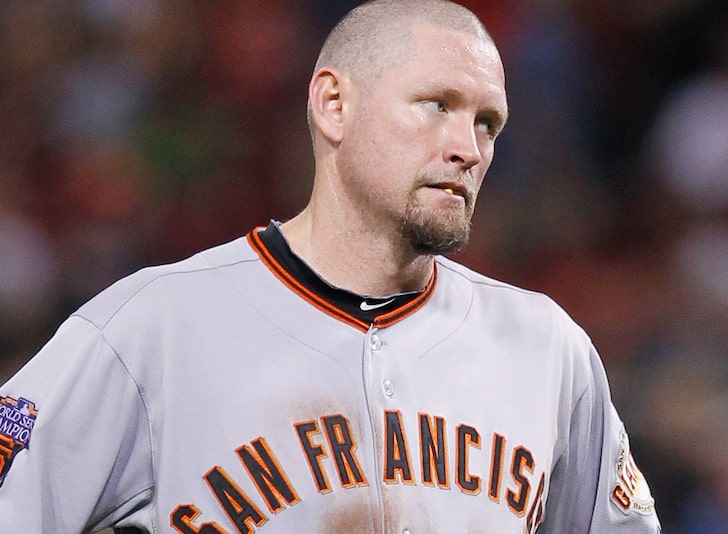 The S.F. Giants will NOT allow Aubrey Huff to be a part of their 2010 World Series reunion later this year … and they say it’s all ’cause of their ex-star’s actions on Twitter.

“Earlier this month, we reached out to Aubrey Huff to let him know that he will not be included in the upcoming 2010 World Series Championship reunion,” the Giants said in a statement Monday.

“Aubrey has made multiple comments on social media that are unacceptable and run counter to the values of our organization.”

Huff has used his Twitter page to send off controversial tweets almost weekly throughout the past couple years … but it was a series of comments he made about the Giants’ hiring of a female bench coach last month that really landed him in hot water.

He later added, “I got in trouble for wearing a thong in my own clubhouse when female reporters were present … Can’t imagine how it will play out with a full-time female coach running around. This has #metoo & #BelieveAllWomen written all over it.”

Huff — who also made headlines last year for his pro-Donald Trump tweets about teaching his kids to use guns just in case Bernie Sanders becomes the next president — was NOT happy about the Giants’ decision to bar him from the celebration.

“Quite frankly, shocked,” Huff told The Athletic on Monday. “Disappointed. If it wasn’t for me, they wouldn’t be having a reunion … But if they want to stick with their politically correct, progressive bullsh*t, that’s fine.”

Huff went on to blast team CEO Larry Baer — who was caught on video last year in a fight with his wife — for the move, writing, “I find this whole thing very hypocritical coming from a man who has had his share of real controversy for pushing his wife.”

He added, “And while I’m disappointed the Giants are so opposed to President Trump, and our constitutional rights that they’d uninvite me to my team’s reunion, it shows me that now more than ever we have to stand up for our first 1st amendment rights.”

Huff was a superstar for the Giants in 2010, hitting .290 with 26 home runs and 86 RBIs. He finished seventh in the MVP vote that season.

The Giants, though, say there’s no chance they let him be a part of their planned reunion on Aug. 16, saying, “While we appreciate the many contributions that Aubrey made to the 2010 championship season, we stand by our decision.”