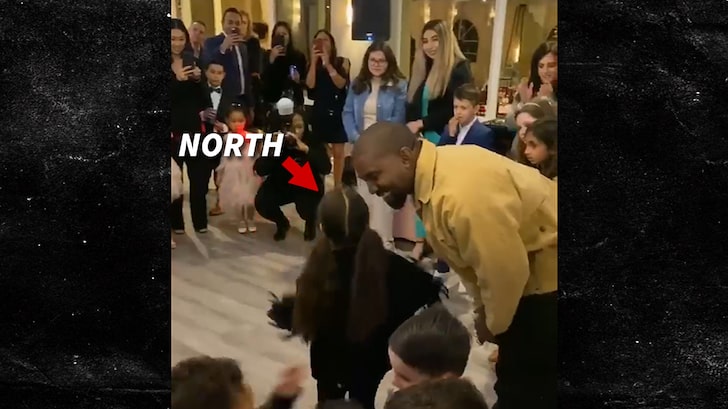 Kanye West and Kim Kardashian‘s oldest daughter is following in her parents’ footsteps to become a showwoman herself — which she put on display in front of all her classmates.

North West did a little show and tell last week at what appears to be a school-sponsored get-together out near Calabasas, where a bunch of her 1st grade colleagues were in attendance with their parents. Kanye was no different — he showed up to support his kid.

Anyway, North ate up the spotlight, dancing in front of the crowd and getting a little help from her dad who whispered lyrics in her ear. 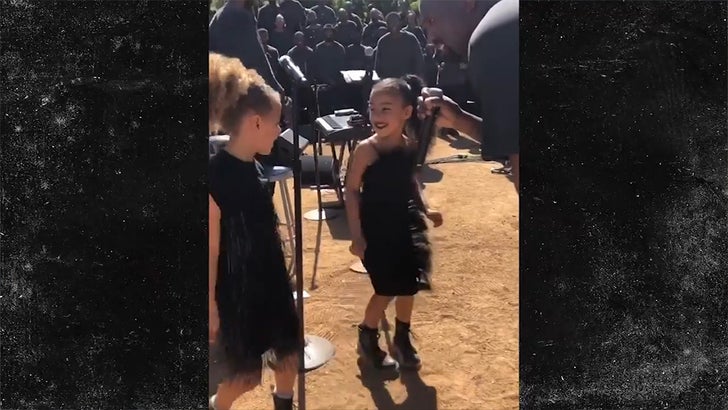 We’ve known for a little while that North has the performance gene. She did a little song and dance — mostly dance — during one of Kanye’s Sunday Services last year.

Hey, if she wants it, a well-paved road to music stardom’s right there in front of her.