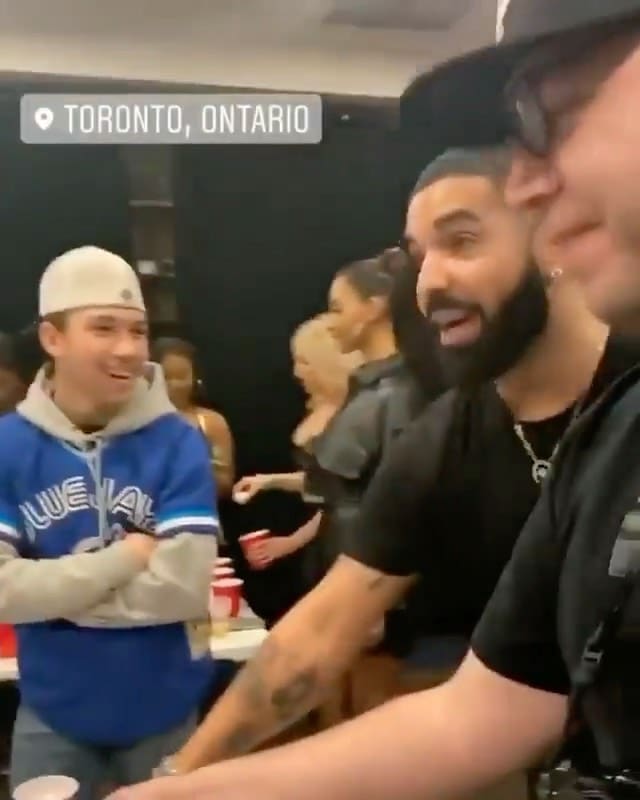 Two weeks ago, the fashion world was abuzz there were reports that Drake was dating supermodel Imaan Hammam

The rumors of the new super couple started, when Drake was spotted leaving the home of Imaan – after the two were seen making out at the supermodel’s New York Fashion Week event.

Well it turns out that Drake is still out in these streets.

MTO News has confirmed that the Canadian rapper is back messing with a Toronto Instagram model named Lexus. The two spent V-day together at a concert.

And social media isn’t being kind to the beautiful Lexus. Folks on Twitter call her “big ears”

But Big Ears is winning. While she and Drake were in a concert in Toronto together, the gorgeous Imaan was alone in Miami.

Drake was in Toronto for Valentine’s Day – at a concert with Post Malone. We have video of the post-concert, and that’s Lexus in the black dress by him.

In early February, when Drake was seen making out with Imaan – Lexus went on a rant:

But he must have made things right with Lexus, because she was in VIP with him at Post Malone’s show and she posted him on her story.

And Valentine’s Day wasn’t the only holiday that Drake spent w/ Lexus. She also spent NYE with him – in Las Vegas – and said he was the best thing to ever happen to her in 2019.

Her are pics of Imaan: