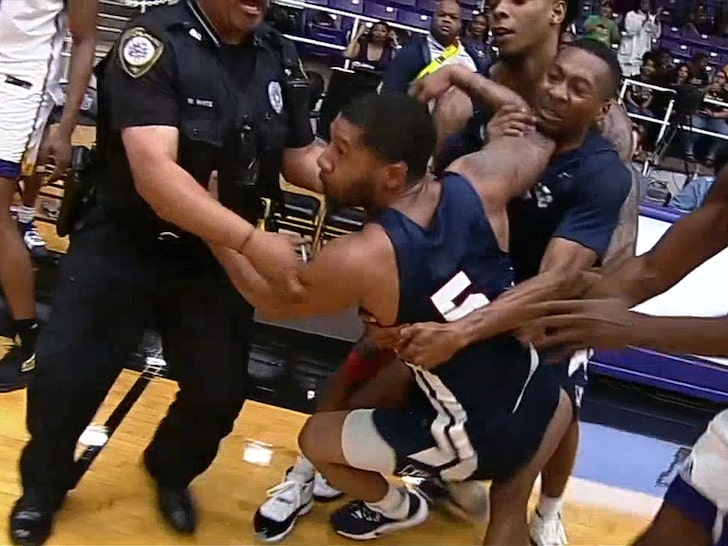 What was supposed to be a display of sportsmanship turned into an all out BRAWL at a college basketball game in Texas … when things got violent in the post-game handshake line!

Prairie View A&M had just defeated the Jackson State Tigers in a home game in Waller County — but things had been chippy between the teams during regulation.

Things finally exploded in the handshake line when Jackson State’s Dontelius Ross took exception with PV’s Darius Williams … who appeared to have bumped Ross during the handshakes.

Ross was PISSED and immediately tried running after Williams, but his teammates and a police officer used all of their might to hold him back.

But it didn’t end there … another fight broke out on the opposite side of the court involving other players and, again, officials raced on to the court to break it up.

It doesn’t appear anyone was injured in the fracas — but you can bet there will repercussions … most likely suspensions to come soon.