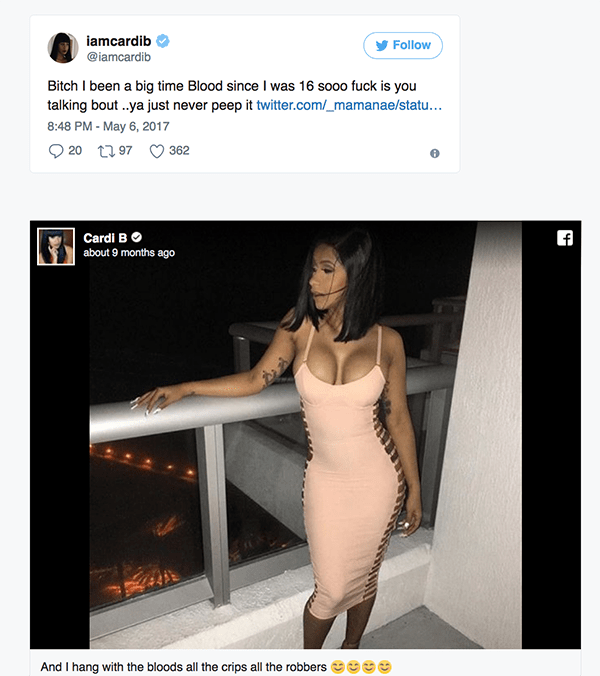 Star Brim is expected to give birth in less than a week – and federal agents have agreed to let her remain free, until she gives birth.

Star was one of 18 defendants named in a sweeping federal indictment of gang members in the Southern District of New Yorky. The feds say that Star is the highest ranking female member of the gang. She was charged with slashing a person and participating in a racketeering conspiracy.

The next question is – will Cardi B be charged next?

Cardi is an open and proud member of the 59 Brims. While she claims to be “inactive”, she had explicitly stated that she’s a member of the gang.

It’s not clear whether the Feds targeted Cardi – or whether any of the members charges, will reveal any possible crimes she committed while associated with the gang.