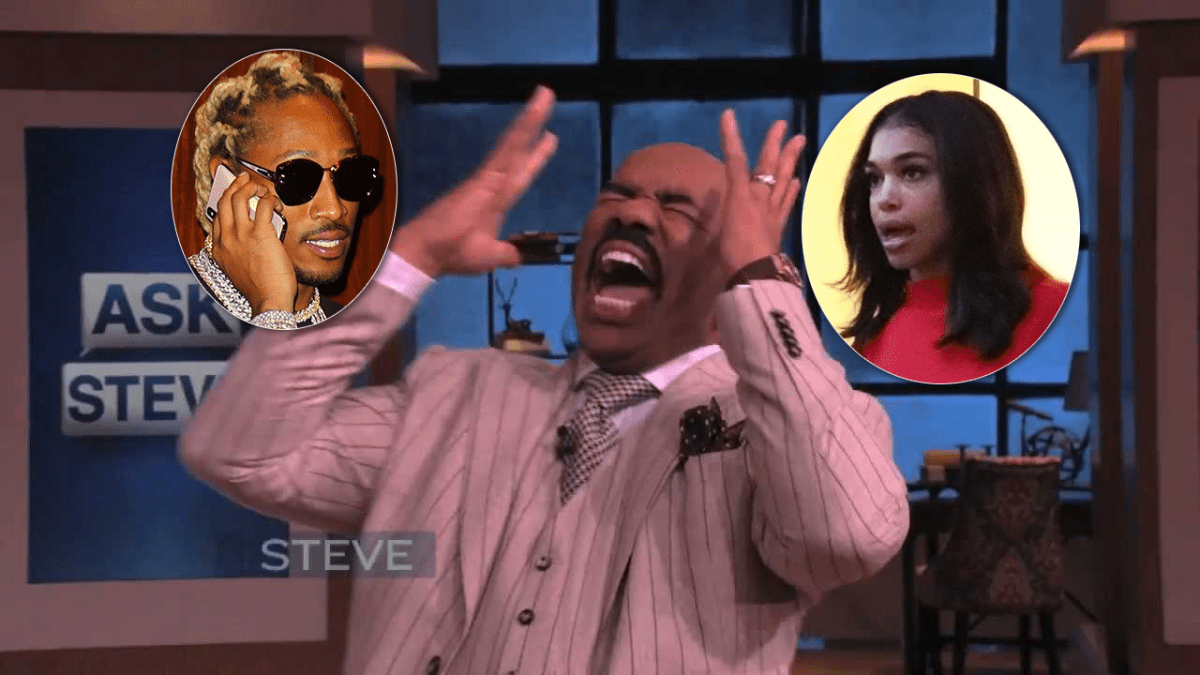 Rapper Future is going viral today, and so is his girlfriend Lori Harvey. Lori is the daughter of legendary funnyman Steve Harvey.

Future dropped a new song over the weekend, where he mentioned 61 year old Steve Harvey, in a manner than many are calling “disrespectful.”

In the track, Future claims that Lori Harvey calls him “daddy”, because the rapper’s “money’s long like Steve’s.”

Steve Harvey has been unusually silent about Lori’s relationship with Future. But now, the talk show has may have no choice – but to address the matter. Especially since his name was brought up.

Future is believed to have 9 children, from 8 babys mothers. The rapper’s eldest son – Jakobi Wilburn, – was recently arrested, and charged with gang crimes that could land him in jail for life.

Lori and Future have been together now for the past 6 months. And the two are pretty serious. There are rumors going around social media, that Future may ask Lori to marry him soon.