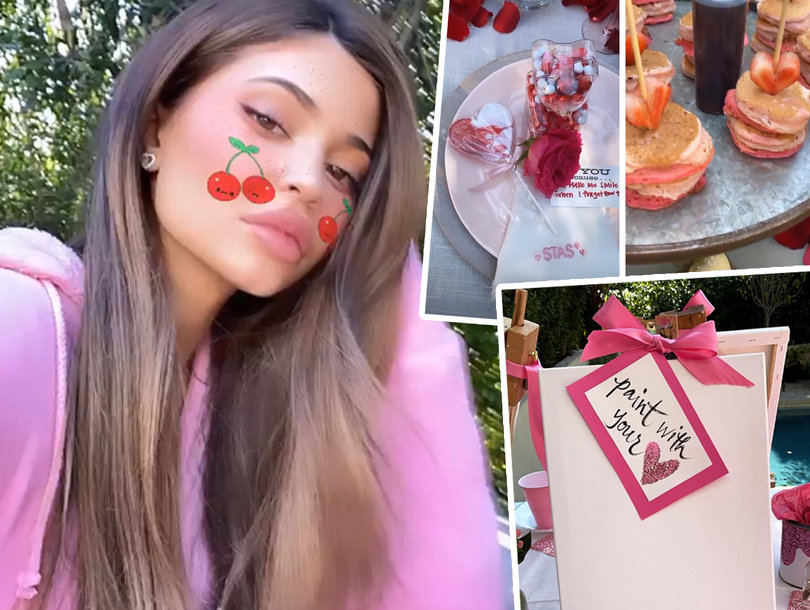 Andy Cohen set the record straight about NeNe Leakes‘s relationship with Bravo during a conversation with Kenya Moore on Sunday night’s “Watch What Happens Live.”

As fans know, the “Real Housewives of Atlanta” co-stars have notoriously disliked each other for almost a decade. NeNe’s been noticeably absent from many episodes this season — the same season Kenya made her big return — leading many to think something’s going on, most of all Kenya.

“NeNe tweeted in a question for you,” the Bravo boss told his guest, who shot back, “Oh, really? So she’s a fan now?”

Summarizing her tweet (which you can read below), Andy said: “She wants to know why you are doing press saying Bravo is phasing her out? She says it’s not true. She’s great.”

Here’s a Q for Ken @andy….ask her y is she out doin press sayin BRAVO is fazing me out? BRAVO hasn’t told me or my team that! Why is she out sayin i have lost money from NOT being n episodes. I negotiated my episodes & money Upfront? I have NOT lost anything #shady #hater

“Oh, well, then I guess she would need to ask Bravo why they’re cutting her out of many episodes this season,” Moore replied. “I’m not the one behind the editing. I’m not the one doing the editing and figuring out the show.”

“Okay, but you’re saying that she’s being phased out?” Andy pressed, prompting Kenya to explain, “I think she is. That’s not something that I can absolutely say. I mean, if you’re being cut out of episodes, clearly the sign is you’re not as important as you think you are.”

As the audience oohed and aahed, Andy addressed the claim, defending both his team and Leakes’ reputation.

“I don’t think she’s being cut out of episodes because I think everything that was shot with NeNe is in the show,” he explained. “We’re not cutting anything out. I’m saying everything that we shot with her… There’s nothing that’s been left out.”

Shortly after, NeNe took to Twitter again to air out her frustrations with the rest of the cast, writing, “The malicious against me is so real (i better be careful tho) On the outside looking in, you would think i have really done something so serious to this group! I have worked on many sets and NOT ONE can give a bad report on me! NOT ONE! Only this group of haters.”

She then changed her tone to thank Andy for having her back: “I HAVE NOT been cut out of any episodes! I negotiated my episodes just like everyone else did! I’m getting every dime i asked for! Thank you for asking and clearing that up @andy That means a lot to me.”

The malicious against me is so real (i better be careful tho) On the outside looking in, you would think i have really done something so serious to this group! I have worked on many sets and NOT ONE can give a bad report on me! NOT ONE! Only this group of haters

I HAVE NOT been cut out of any episodes! I negotiated my episodes just like everyone else did! I’m getting every dime i asked for! Thank you for asking and clearing that up @andy That means a lot to me

A caller then said she saw Kenya with her estranged husband, Marc Daly, earlier in the day and wondered about the status of their relationship. “Are you trying to make it work? There were rumors that you’re back together,” Cohen pressed.

Wondering if there was still tension between Kenya and Marc after he stood up for NeNe a few episodes back, Andy asked his guest, “Are you upset at him for taking up for NeNe in front of you?”

When asked if there was hope for any kind of reconciliation between Leakes and Moore, the latter said that her “honest answer is I don’t believe so. I’ve known her for eight years, and most of that time, we’ve spent not being friends, and I just see who she really is. And I just don’t think that there is a friendship there.”

On Sunday’s “RHOA,” Bravo cameras captured an emotional reconciliation between NeNe and Cynthia Bailey, one of Kenya’s close friends. So was Kenya happy to see it? “I think it fits what they wanted, sure. Absolutely,” she explained.

Then a preview for next week’s episode showed Porsha Williams going off on Kenya for calling Tanya Sam the C-word after Sam outed Moore for wearing a wig on vacation.

When asked where she and Porsha stood after that exchange, Kenya replied, “You know, that’s a good question. We talk. We tweet all the time. I mean, we don’t tweet all the time; we speak all the time. And then I see the show, and I see like a lot of shady things that she says, so I mean, I thought we were good?”

Kenya also told Andy she does regret calling Tanya the C-word but doesn’t regret bringing “the cookie lady” to that uncomfortable lunch.

“She came for me first,” Moore defended. “You can’t come for me unless I send for you. Everyone knows that!”

“The Real Housewives of Atlanta” airs Sundays at 8 p.m. on Bravo.