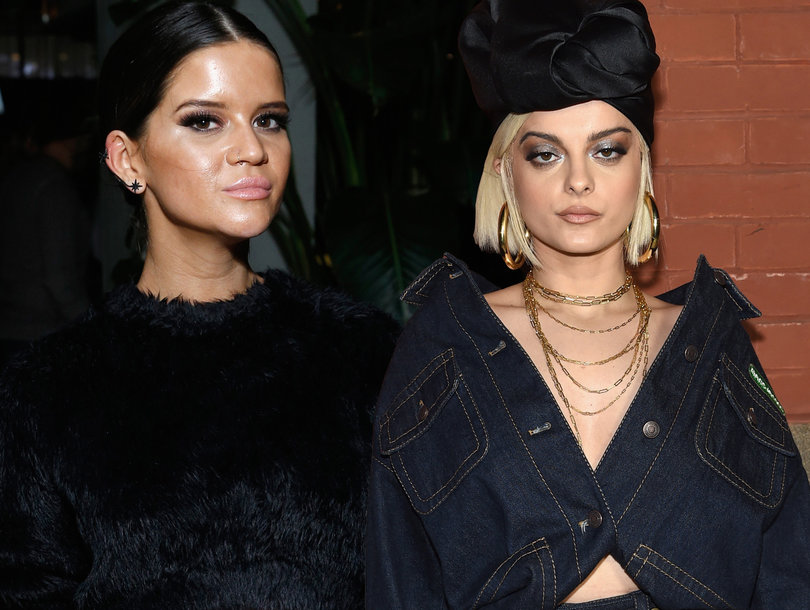 “American Idol” kicked off its third season on ABC (and 18th overall) as a new batch of hopefuls proved that there is never a lack of talent in this country.

Tonight’s premiere introduced a fresh batch of talented singers from all walks of life, from the humble to the haughty, the polished to a guy who literally doesn’t know anything about singing or even what the words related to it means.

He may have been the most impressive raw talent this show has ever discovered, or any show like it for that matter. And we say that because it is so raw he hasn’t even quite found his direction yet. It took help from the judges to even prove it was there, but oh the places he’ll go if he finds it.

It’s an interesting approach, and further proof of how different this take on the venerable show is to its original run. OG Simon Cowell and company would have run this guy off the stage, and the same for the girl who failed to get it going after two attempts, crumbling into a ball of tears.

Not sure these judges, who are as much about nurturing and caring for these contestants as any we’ve seen before. And it worked last season, as they helped Alejandro Aranda to a second-place finish — and an outsized recap of his experience at the top of this episode (even bigger than eventual winner Laine Hardy).

And while it’s mostly positive these days, that doesn’t mean there weren’t some disastrous auditions along the way. “The Comeback” wanted to prove that rock isn’t dead before doing his damnedest to kill it, while another contestant tried to show that power is way more important than notes.

Fair warning, since I’m safe at home, I’m probably going to be a little harsher than my colleagues Lionel Richie, Katy Perry and Luke Bryan.

(23, Arcadia, CA) You know what gets old real quick? Rock poseurs who have none of the authenticity and grit to really embrace the lifestyle and music, so they overcompensate with everything they think rock-and-roll is. Hunter was every bit of that, and he gave a pale imitation of The All-American Rejects on top of it. It was just frustrating and painful to watch and went on way, way too long! Just be your authentic self instead of trying to be a “cool” character. He did not go to Hollywood.

(28, New York, NY) Alisa brought an original called “Say Goodbye,” and it was … a lot! Her personality is larger than life, her voice was larger than life and her ability to hit big notes was, well, not so great. The song was a bit of a mess, though. And rather than actually give the judges something to critique vocally, she went into some weird vaudeville routine with her partner. It was a hot mess. So she’s not funny, and she can’t sing. She did not go to Hollywood.

(23, Woodland Hills, CA) Last season, Nick scored a ticket to Hollywood and simply decided not to go. And yet, he seems to have a lot of self-confidence, so what happened? The show gave him an arrogant credit like we’ve never seen. He even tried to come closer as part of his cockiness. He sang, “I don’t feel a thing,” and we didn’t. Nick has a nice voice, but he sings without heart and soul. Nick appears to be his biggest fan, and that works for some artists, but they pour their greatness into their music, and Nick was just showing off because he thinks that’s all he needs to do to have people eating out of his hands, rather than give his heart and authenticity to his music. Can he change?

(16, Acworth, GA) There’s a purity to Camryn’s voice that can’t be taught. We heard bits of Jessie J — but that’s what she was singing — and you could see that she wants to have her own unique way of exploring lyrics; she just hasn’t quite found it yet. She’s a little raw and unpolished, but there’s enough natural talent there to work with that she could either become someone really special, or settle into just a good singer with a nice voice. Time will tell.

(19, Philadelphia, PA) Originally from London, Louis brought an original called “Change” about suffering the loss of a dear friend to suicide. The pizza delivery driver was so unassuming as he began, we had no idea what to expect. There was a very Ed Sheeran quality to his voice, and while it lacked power it did have emotion and truth in it. The song isn’t the best original we’ve heard on this stage, but Louis has that ability to draw you into the story he’s telling, and that’s a rare quality. We’re not sure we’re gushing as much as the judges, but we’re happy to have him continue.

(22, London, Ontario) After a star career from 9 to 13 or 14, Saveria brought an original to the “Idol” auditions. “Please Tell Me This Is Real” had a really soothing quality to it, as does Saveria. You can tell she’s a polished performer and someone who’s got some experience in showcasing the different sides of what she can do vocally. The song, though, was a bit of too much all of the time. We couldn’t follow the story as it was more a vocal showcase, and so we found ourselves drifting in and out, just as Lionel was. We think the song did her wrong in this case, as she lost the guys’ votes. Katy fought hard for her and even walked off the set — after trashing it a bit — as the guys would not budge, and we can see why. Saveria has the potential, but we didn’t get to see what she could do on a more controlled song. At least we know Katy cares!

(27, Mobile, AL) Like nothing we’ve ever seen before on this show, even Douglas has no idea what he’s got, or what to do with it. This may be the most untapped talent and potential we’ve ever seen and props to the judges for homing in on it. Getting Luke up to play piano proved he has an ear and can find the note. With guidance, he showed off power and range. It’s all there and Douglas has no idea. This could be an incredible project that could bear unforgettable fruit if watered and harvested just right. “They made me feel like one of them,” Douglas said of the warm reception he got from the judges, cementing his early status as a fan favorite.

(23, Brooklyn, NY) Finally, a female vocalist tonight who knows who she is as a performer and an artist. Meghan commanded the stage and made the best of her moment. She had total presence in her voice, and even showcased a little playfulness in her vibe. Meghan is the real deal on the right song, and someone who lives in that alt-music lane like it was carved out just for her. We loved her confidence as a performer, and even her unabashed “Bachelor” obsessiveness, because it told us a bit about her as a hopeless romantic.

(18, San Francisco, CA) Terrified when he walked in, quivering when he started, by the time Francisco hit the heart of Maggie Rogers’ “Alaska,” he was soaring. Clearly his biggest — nay, his only problem is his nerves and lack of confidence. Francisco has the goods. That voice was pure power and had such character to it, he’s got singer-songwriter vibes pouring out of him in the best possible way. And his original song was a gem as well, so sweet and earnest.

(20, Harlem, NY) Samantha comes from such a humble background, she had us rooting for her before she began. She was the second on the night to perform Lauren Daigle’s “You Say,” but she was overwhelmed twice with emotion, unable to get through the opening lines. She then shifted to Andra Day’s “Rise Up” and proved that the raw tools are there. And she only got better as it went along until we were fully at her back and ready to give her as big a hug as the judges did.

(21, Wichita, KS) Originally from Nepal, Arthur embraced the musical culture of his Kansas home for the past five years. And he was jaw-droppingly good on both Bob Dyland and Creedence Clearwater Revival. This is an authentic rock soul and voice. You can’t fake this sound and this lived-in quality. Even better, Arthur has that humility that makes us think he hasn’t even realized his own greatness yet. And he makes it look so easy, on top of all of that. It’s the first chills-inducing performance of the season, he was that good.