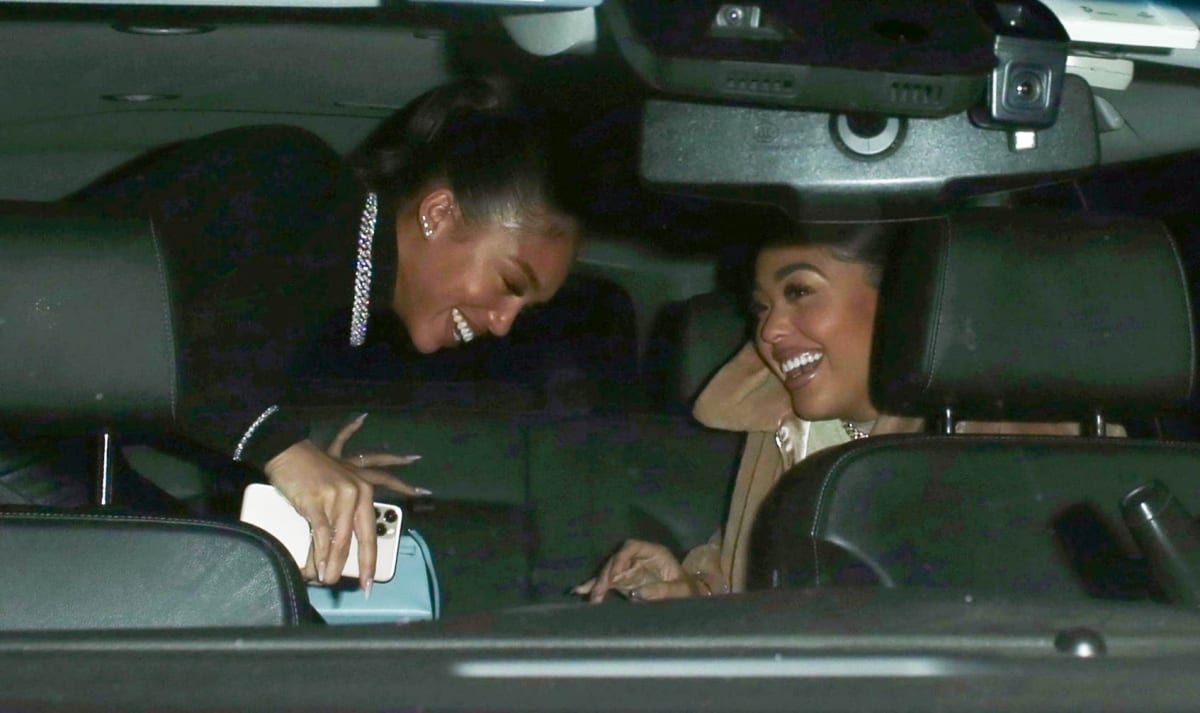 Last week, Lori Harvey was the victim of an alleged car jacking. And it was all caught on tape by surveillance cameras.

Well now a website is suggesting that Lori may have “faked” the whole thing, reminiscent of Jussie Smollet’s case in Chicago.

Whenever a celebrity is a crime victim, one of the first things police do is check surveillance tapes in the area.

They look for suspicious persons or vehicles, and try to piece together what happened.

Sometimes, like in the Jussie Smollett case, they have to piece together surveillance tapes from multiple locations over a large area to try to get the full picture or what happened.

There is a female celebrity who is the daughter of a male TV star. She is gaining her fame from dating male celebrities from the music world.

She was the victim of a frightening crime. Fortunately, there was a security camera trained directly on the scene of the crime.

Well the site spoke with a security expert, who suggested that the robbery may have been staged. They wrote:

This video tape does not make sense at all. It is very shaky. It follows the action, but not in a programmed pattern. A human is definitely controlling the camera’s movement. However, it would be highly unusual for a human to be controlling a security camera in a small parking lot.”

So, what does that mean?

“There’s something off about it. Given the camera’s focus directly on the crime, the shakiness of the footage, and the way the action is followed, it looks like this video is from a handheld camera.”

If the video was taken by a person manning a handheld camera, what conclusions would you draw from that?

“The crime was staged. Some or all of the players knew where and what time and in what sequence things would happen.”