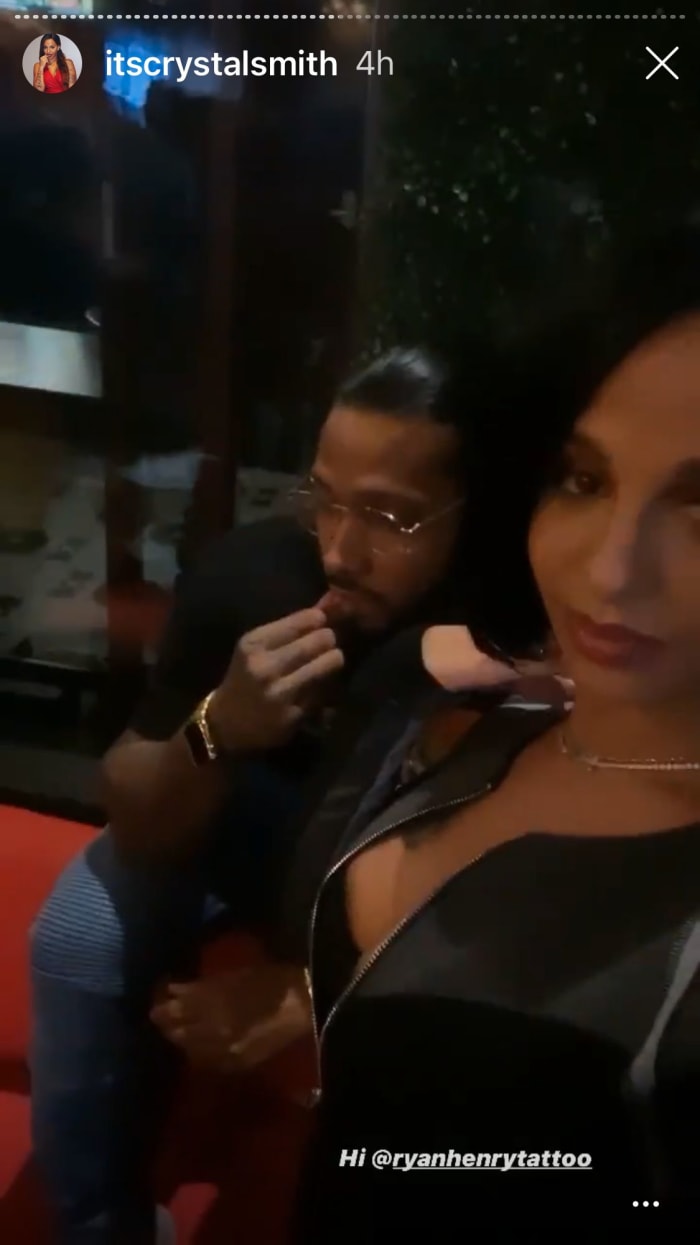 R&B singer Ne-Yo and his wife Crystal Smith’s marriage is officially over. There have been rumors that the two were considering separating. Well the rumors appear to be true – because last night Crystal was spotted out living her best life.

Ne-Yo’s wife Crystal recently flew out to Chicago, for a trip with her friends.

She has been chronicling her adventures on her IG stories, which featured grabbing drinks with “Black Ink Crew: Chicago” star Ryan Henry. In the video, Crystal pans the camera over to Ryan who is smiling hard.

Crystal and Neyo have been married since 2016 and the couple share two kids, Shaffer Smith Jr (born 2016) and Roman Alexander-Raj Smith (2018).

Crystal confirmed to the website Baller Alert that the couple were having issues. But she never confirmed the split. Crystal told the blog,” the accuracy is that he’s an amazing father and our kids are blessed to have a father like him. I wouldn’t take that back for anything in this world. Everything else is God’s will.”