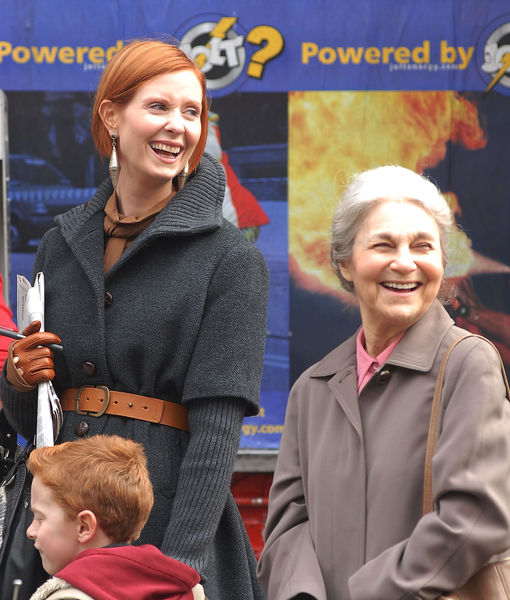 Cohen with “Sex and the City” co-star Cynthia Nixon

No cause of death was given.

Cohen was born on August 10, 1933, in Kansas City, Missouri, and began appearing off-Broadway regularly in the ’70s. During this time, she was nominated for the Drama League Award and the Lucille Lortel Award.

A latecomer to film, she made her debut in 1983’s “Without a Trace,” and went on to appear in many movies, including, most prominently, “Manhattan Murder Mystery” (1993) and “The Hunger Games: Catching Fire” (2013), in which she played the enormously popular character of Mags. She said in 2014 that her granddaughter had urged her to play Mags, which led her to seek the role.

Co-star Willie Garson remembered Cohen fondly on Twitter, posting, “Bless you and godspeed, our wonderful Magda for 15 years of episodes and films, thanks for your friendship and amazing talent….R.I.P. indeed #LynnCohen.”

“Heartbreaking to hear of the loss of our dear Lynn Cohen, you were always so bright and light to be around. Rest easy lovely 💔,” her co-star Jason Lewis added.

She had worked steadily up until her death, with more than a dozen credits in 2019, 2020 and set for future release, just last month appearing on a new episode of “God Friended Me.”

She is survived by her second husband, Ron Cohen, to whom she had been married for 55 years.