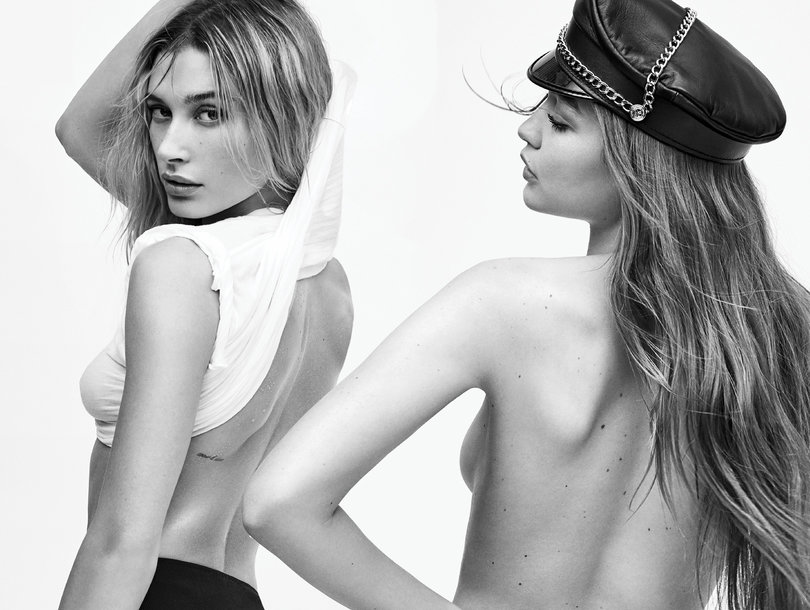 One of the things that stood out when Justin Bieber was recently talking about the moment he decided he was ready to propose to and be a husband for Hailey Baldwin was how he emphasized that he had to make the decision to be faithful.

It turns out that hasn’t always been easy for the “Yummy” singer, and he actually told Hailey he “couldn’t be faithful” when they started dating, as if he just wasn’t wired that way.

The truth was he’d yet to grow and mature from the type of boyfriend he’d been prior to Hailey, which definitely includes his tumultuous relationship with Selena Gomez. While she began processing their time together through her latest album, Justin spoke about it during an interview with Zane Lowe on Apple Music.

Strangely enough, he told Hailey that while he “wanted to be faithful,” he “just wasn’t there yet.” When asked why that was, he replied, “I think I was just hurt from my previous relationship.”

“I was at the point where I’d done that in the past,” Bieber said. “And I just was honest with her, I was like, ‘I’m not in a place to be faithful,’ and all this sort of stuff, that I wanted to be, but I just wasn’t there yet.”

Justin was in an on-again/off-again relationship with Selena for eight years, heavily suggesting that he’s admitting here to having cheated on her. This seeming reveal comes on the heels of Selena saying she suffered “emotional abuse” during their time together. It’s possible she’s referring to Justin promising not to cheat only to go on tour and do it all over again.

But apparently things were different with Hailey, as Justin said that he chose to change his behavior because he didn’t want to see her hurt. Clearly this wasn’t a concern in past relationships, like with Selena, so there was something different about how he felt about Hailey.

“I was just in a place where I knew I didn’t want to tell [Hailey] one thing and … I felt like she respected me at the time and I had a lot of respect for her, and so I just didn’t want to say something and then she’d see me off doing some other thing,” he said, suggesting that he absolutely could not control himself around women.

“But either way, she loved me and seeing me with other people hurt her,” he said of his wife. “And so with that being said, she went out and did things that hurt me. And so just this hurt, I’ve hurt her, she hurt me. And then before tour we just really stopped talking, I was really upset.”

Something about this relationship caused him to take stock of his behavior and consider change. “Before that, in my previous relationship, I went off and just went crazy and went wild, just was being reckless,” he said.

“This time I took the time to really build myself and focus on me, and try to make the right decisions and all that sort of stuff. And yeah, I got better.”

This was part of what he hinted at when he said he was finally ready to make the changes necessary in himself and finally felt ready to be a husband and the type of man that Hailey deserved (i.e. a faithful one).

He also credits his faith for him getting his life together, hinting he was going down a very negative path. “It was bad,” he said. “I don’t know if I’d be alive. It was dark, really dark.”

And while he credits positive influences in his faith and the healthy relationships around him for inspiring him to become a better man, he credits his return to music wholly to his wife. “She is definitely the reason, there’d be no story without her,” he said.

“She just ties it all together,” he continued. “So regardless if I sell another record, I mean, I have a lot of peace just knowing that I have the rest of my life to build a relationship with a solid foundation of trust and patience, and all the things that go into building a healthy relationship.”