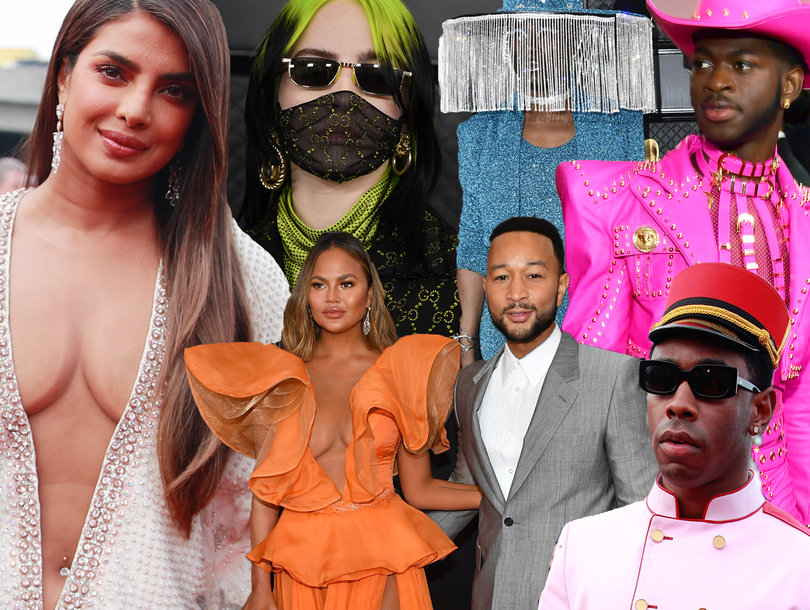 They say you’re always your worst critic, and Billie Eilish proved that adage right by slamming her own Oscars performance. The Grammy darling performed John Lennon’s “Imagine” during the “In Memoriam” segment and she was definitely not a fan.

The “bad guy” singer broke it down for Apple’s “New Music Daily” where she flat-out said she “bombed that performance.”

Eilish also said she was sick the entire day of the Oscars — though we kind of wonder how much of that was nerves — and said of her time on the stage with brother Finneas, “that shit was trash.”

We bring up nerves, because Eilish also admitted that the Oscars crowd was a lot more intense for her than the Grammys proved two weeks prior, where she took home the big four prizes: Album of the Year, Record of the Year, Song of the Year and Best New Artist of the Year.

“The Oscars is not my, um, people, like, you know what I mean, like, it’s not– I’m not used to that,” Eilish said of movie’s biggest night. “At least the Grammys wasn’t as scary because it was, like, artists … and it felt like my people. It felt like, oh look, a bunch of artists, and I knew a lot of them already and I’d met them and they knew of me.”

There’s definitely a huge difference in sitting in a room surrounded by your peers and fellow musicians than being surrounded by people you usually only see on a screen. “The Oscars, I’m like, these are movie stars,” Eilish explained. “Totally different, the show is so scary … it was so scary.”

Elish herself seemed surprised to be intimidated at the venue, as she said, “I don’t get nervous for shows or, like, any sort of performance really, but that shit was terrifying.” Ultimately, she said she and brother Finneas “were just glad it was over.”

She might have to get more comfortable hobnobbing with movie stars, though, as she just made a huge play into their territory by landing one of the most coveted movie roles for any musician: James Bond theme song performer. And she became the youngest artist ever selected for the honor.

It’s been just three days since Eilish released her theme to the upcoming new Bond flick, “No Time to Die.” While it’s too soon to say anything for sure, there’s at least a solid shot she might find herself nominated for an Oscar next year for the title track for the 25th Bond film, and Daniel Craig’s last.

She revealed to host Zane Lowe that the song came to her and brother Finneas quickly after seeing the script. “We got a piece of the script, like the first scene, and then we wrote the song immediately,” she said. The song was arranged by the film’s composer Hans Zimmer, with Eilish surprised he wanted to collaborate with her on it.

“I thought it would just be like: ‘Here’s the song,’ and they take it and then I would have no say,” she said. “But they actually were completely – they really wanted to know what I think.” In fact, they flew her out to London to work on it with them.

“No Time to Die” hits theaters on April 10. In the meantime, you can give Eilish’s theme song a listen below:

View Photo Gallery
Getty
These Were the Wildest, Most Head-Turning Looks from the 2020 Grammy Awards