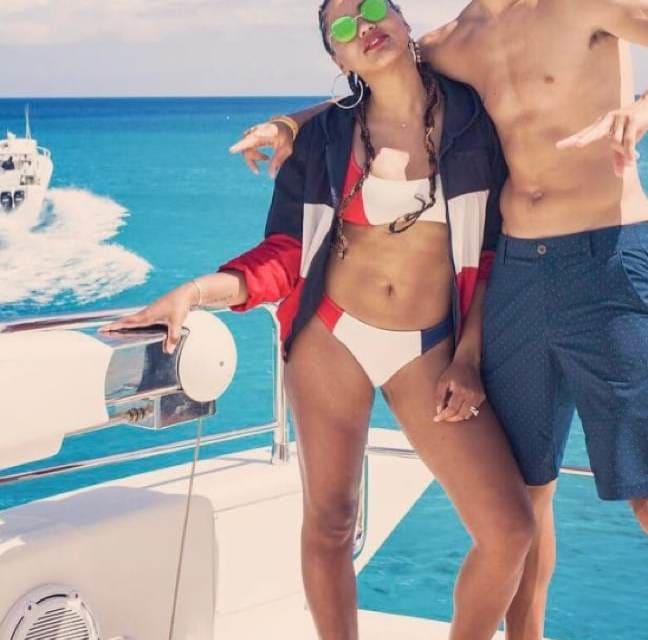 Steph Curry’s wife Ayesha Curry has a new tattoo – on her pelvic area.

The 30 year old beauty, who is also a mother of three, reportedly got her new crotch tat in the last few months.

You can see her tattoo in these new bikini pictures:

And how do we know that it’s new?

Well Ayesha has worn a bikini in the past, and you never saw that tattoo. Here’s a pic of Ayesha from a few years ago:

Atesha’s a lot more than just the wife of NBA star Steph Curry, and the mother to his three children – .Roley, Ryan, and Canon.

The Canadian-American Ayesha is also actress, celebrity cook, cookbook author, and television personality. The beautiful Mrs Curry has had guest roles in several television shows and movies, and began hosting her own show, Ayesha’s Homemade (a.k.a. Ayesha’s Home Kitchen), on Food Network.