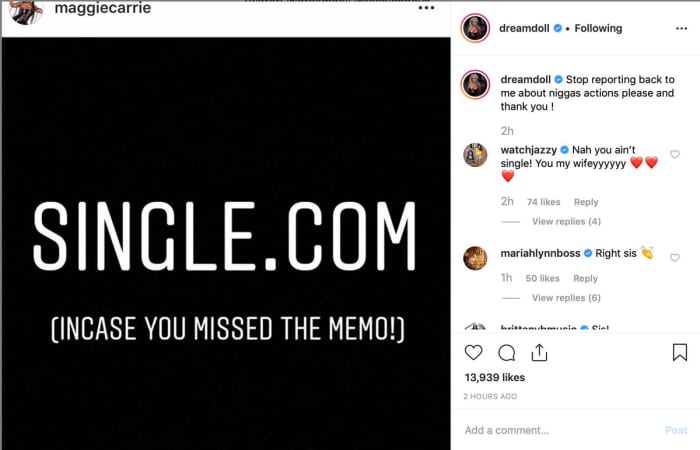 Two weeks ago, rapper G-Eazy was spotted making out with female rapper Megan Thee Stallion. The two met up at a pre-Superbowl party, and the pair ended up hooking up and spending the weekend together.

Now it looks like G-Eazy has broke things off with Megan, and is onto the next one.

Paparazzi snapped pics of G-Eazy on the set of Dreamdoll’s new music video – for a new single titled “Who You Loving?,” which features G-Eazy and Rahki..

And when the cameras’ stopped rolling, the two were seen hugging and carrying on.

Dreamdoll and Megan Thee Stallion have been having a low-key beef for the last year. It all culminated in November, when Dreamdoll dumped her then-boyfriend YBN Almighty Jay, after he went online and started showing thirsty attention to Megan Thee Stallion.

And here’s Dreamdoll dumping him: