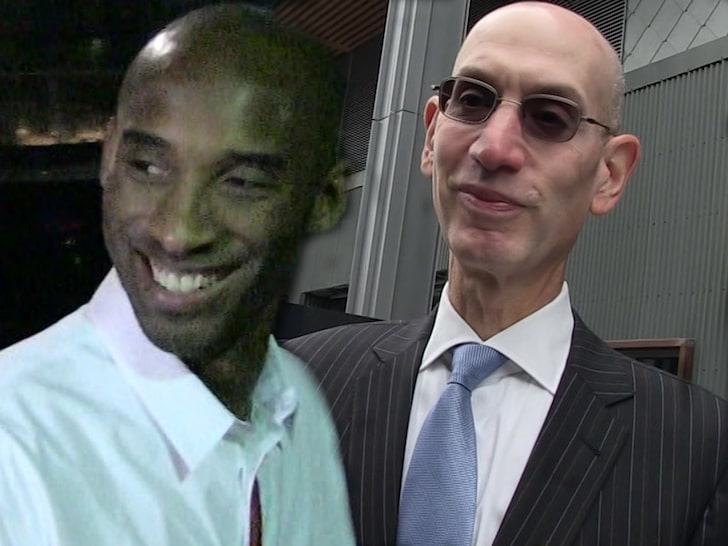 NBA commissioner Adam Silver is making sure Kobe Bryant goes down in history with the league right away — renaming the All-Star MVP award after the late Laker legend.

The commish made the announcement Satuarday at a press conference in front of the press, first discussing how Kobe and ex- commissioner David Stern — who himself passed away this year — were so much alike in their attitudes, goals and approaches to the game.

Adam says both Kobe and Stern prioritized winning — and, often, neither of them time for the niceties that come with fostering relationships because they were so hyper-focused.

He went on to list some of Kobe’s personal achievements in the NBA — including setting the record for 18 consecutive All-Star appearances, 4 All-Star MVP Awards and his famous Slam Dunk Contest appearance in 1997 … for which he took home the 1st place prize.

Then came the big news … the NBA is changing the name of All-Star MVP Award, now calling it the Kobe Bryant MVP Award. Adam says he’s sure whoever wins it on Sunday after the All-Star game will be thrilled. He also noted it was just one of the ways the league would be honoring Kobe going forward — David will also be honored in the future.

Besides the big name change, AS also said one small way the league wanted to remember Kobe and David was putting their photos on the back of media credentials this year.

Of course, Kobe’s passing is still fresh and raw for so many around the league. He died last month in a helicopter crash with his daughter, Gianna, and other families as well.